By Andres Schipani and James Politi in Buenos Aires | November 30, 2018 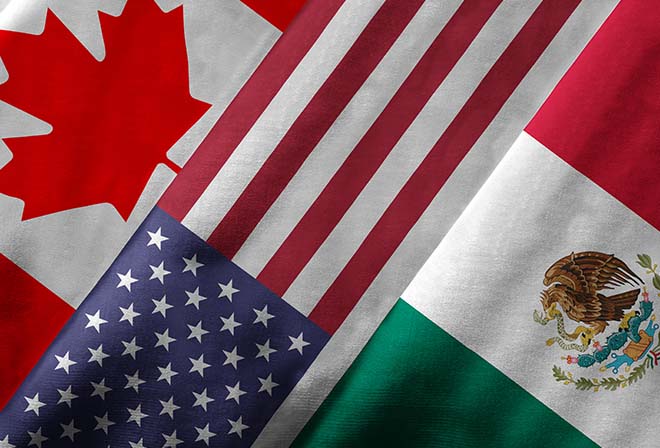 The leaders of the US, Canada and Mexico on Friday signed the agreement to replace Nafta on the sidelines of the G20 summit in Argentina, capping months of fraught negotiations to preserve open trade in North America.

After protesters launched a giant balloon in the likeness of the US president as a baby in central Buenos Aires, Mr Trump called the trade deal a “truly groundbreaking achievement, modern-day agreement”.

He added: “It’s been long and hard. We’ve taken a lot of barbs, and a little abuse, and we got there and it’s great for all of our countries”.

On his last day in office, Mr Peña Nieto acknowledged that “this day is the culmination of a long process based on dialogue and negotiations”.

The signing of the agreement meant to replace Nafta is merely ceremonial, because the deal needs to be ratified by the countries’ legislatures. Analysts believe it risks unravelling after the new US Congress takes over and following the inauguration of maverick Mexican president, Andrés Manuel López Obrador.

Peter MacKay, from Baker McKenzie and a former foreign minister of Canada, said the “signing of the USMCA may provide a modest symbol of the value of trade in a time of heightened cynicism, instability and anti-globalisation sentiment, but there remains much work to be done to get to ratification”.

Mr Trump said he did not “expect much of a problem” with the US Congress and expected a “great, great relationship” with Mr López Obrador.

But Democrats on Capitol Hill, who will have control of the House of Representatives from January, have said that they did not consider approval of the Nafta overhaul a priority and in any case would seek changes to the agreement. This could lead to a protracted stand-off, which could unnerve both Mr Trudeau and Mr López Obrador.

However, some political observers and business lobbyists in Washington say Mr Trump could try to raise the stakes if the deal faced opposition in Congress, threatening to pull out of Nafta entirely if it stalled on Capitol Hill. This could make it more difficult for Democrats to oppose the deal.

Mr Trudeau’s presence at the signing ceremony had been in doubt until the last minute, because Canada was seeking some clarity on the final legal text. Canada and Mexico had been trying to force the Trump administration to drop steel and aluminium tariffs in advance of the signing ceremony, but Mr Trump rejected their demand.