Why Nafta’s losers will always drown out the winners 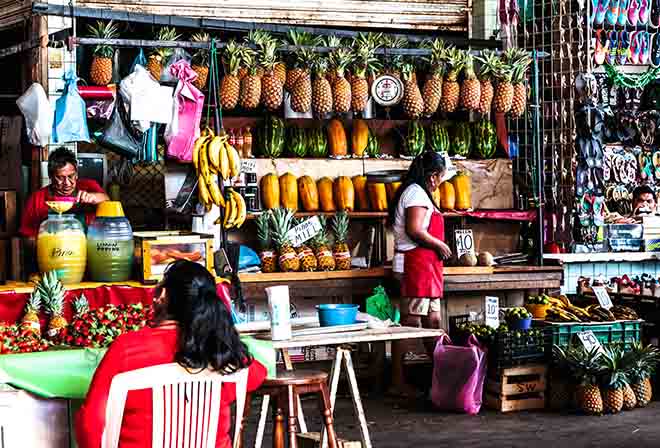 As tension over trade ratchets up around the world, it is common to try to remind US policymakers that trade is not a “zero-sum” game. On the contrary, economic thinkers from Adam Smith all the way to Paul Krugman have shown that, by allowing countries to focus on that which they do best, trade can benefit everyone.

The logic behind this economic theory is overpowering and it has been born out by experience. Even so, it is politically irrelevant. It cannot counter the deep-seated facet of human nature that we are far more conscious of what we lose than of what we win, and that we are deeply averse to losses.

An increase in trade will create losers as well as winners. But it is a virtual certainty that the losers will be more visible. Just look at the US and Mexico: many Americans are convinced that the 1994 North American Free Trade Agreement inflicted grievous losses on them. The driving sense of grievance caused by the decline of US manufacturing in the hollowed-out rust belt of the upper Midwest arguably made Donald Trump president.

Yet Nafta is equally unpopular in Mexico. For Mexicans, the injustice is the emptying of el campo — the country’s huge agricultural hinterland that has been laid waste, as they see it, by Nafta. The presiding narrative south of the border is identical to that north of it: an uncaring technocratic elite has high-handedly laid waste to the life chances of the working people who embody the spirit of their country.

Mexican agriculture would find it hard to compete against anyone without much protection. Deeply inefficient land reforms passed a century ago led to farms being divided into small lots. Over generations, as fathers passed on their farms to numerous children, those lots were divided and grew even smaller.

Much like the American blue-collar workers, campesinos are important to Mexico’s view of itself. Opening them up to competition from the ruthlessly efficient and subsidised US agriculture industry effectively ended a way of life.

The antipathy towards Nafta has a long history. The rebellion of the black balaclava-clad Zapatistas, who saw themselves as clarions of Mexico’s indigenous campesinos, started on the day the deal took effect. It was a former Mexican president, Ernesto Zedillo, who coined the term globalifobico (globophobe) to deal with a wave of anti-World Trade Organization protests that emerged at the turn of the century. And it was at the WTO’s summit in the Mexican resort of Cancún in 2003 that the Doha round, aimed at a fresh liberalisation of trade, came to an end.

Even if free trade is universally deemed by economists to be a good idea, then, it has a remarkable ability to convince everyone, rich or poor, that they have lost by it. Why? In part, it is due to the nature of the gains and losses. The losses are palpable and tangible — a closed factory, or an abandoned small holding. But the gains are less clearly attributable to trade, and require counterfactuals. Without Nafta, manufacturing jobs on the border might not have been created, agri-businesses would have had smaller profits to re-invest, and so on, but such gains from free trade do not visibly counteract the negatives.

Trade is also a very convenient scapegoat; it allows us to blame foreigners for our misfortunes rather than ourselves. Workers at a shutdown plant have often been let down by their managers, or suffered from unfair competition — particularly from China in the years after its accession to the WTO. These things rankle workers far more than the sense that they themselves were not being productive enough.

The brute political fact remains that in both countries there were losers as well as winners. With hindsight, it is clear that more should have been done to cushion the blow. Adjustment funds were needed to re-train workers whose skills were no longer relevant, or to move them to where work could be found. Investments, of the kind the EU made when admitting new members, might have made the process more palatable — although even those largely successful transfer payments left lasting grievance on both sides.

At the level of politics, the problem is close to intractable. Even if leaders can avoid getting dragged into the kind of games of chicken that lead to disaster, it is hard to declare victory in a trade war.

Mexico has just elected a new president. A career politician with a strongly held leftwing ideology, Andrés Manuel López Obrador has little in common with Mr Trump. But both came to power in part by harnessing grievances. If they can make a deal, convincing voters that they are now winners will be their hardest challenge.

Letter in response to this column: