A decade of hindsight would be useful, but winners follow rules 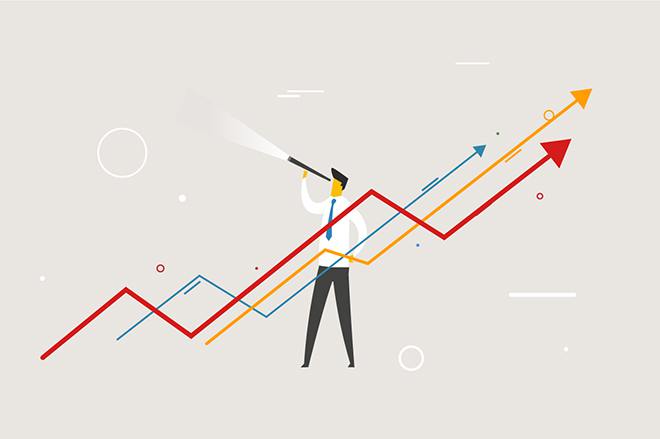 How long is the Long View? I am often asked, and there is no clear answer. Definitions of the long term differ according to your perspective. But many say a decade is a long time, in which case I can truly take the long view. I have now been writing this column regularly for exactly a decade.

My decade started as the credit bubble was reaching bursting point, continued through the worst financial crisis in living memory, and then gave way to an anxious and disliked stock market rally, underpinned by historically low interest rates that have driven ever greater anger.

How should we have positioned ourselves for this 10 years ago?

If Hindsight Capital LP, my imaginary hedge fund blessed with perfect foresight, had put on a trade in September 2006 when I took over the Long View, it would have invested heavily in the US (up 69.4 per cent compared with a fall of 8 per cent for the world outside, according to MSCI), and avoided Europe (down 12.6 per cent). I should also have told readers to invest in developed (up 28 per cent), more than emerging markets (up only 14 per cent), though a 10-year bet on Brazil would still be looking good (up 60 per cent in dollar terms).

Hindsight also preferred long-dated Treasury bonds to stocks, but it was close; long bonds returned 8.4 per cent per year, against 7.65 per cent for the S&P 500. Outside the US, readers would have been far better off in bonds. It is true that stocks usually beat bonds, but not over the past decade. And we would all be very grateful if we could receive the returns of either US stocks or bonds over the next decade.

To sum up 10 years in one paragraph: a historic speculative bubble in credit finally burst, and the US came out ahead thanks to looser monetary policy and swift action to fix its banks, while emerging markets slowed down, and Europe was left behind thanks to its bloated banking system and badly designed currency.

The most important question now, as it has been since about 2009, is: what will the final price be for the extreme monetary policy measures that were taken in the name of stopping the Great Recession turning into the Second Great Depression? We may have that answer in 10 years from now. Or we may need an even longer view. Reader, read on.

The greatest lesson from the past 10 years — when, contrary to usual experience, low-risk investments beat riskier ones — is the importance of diversification. In investment, unlike in other things, we have the luxury of being able to hedge our bets — if the chances of an outcome seem 60/40, we can act accordingly. We should use this privilege.

And that brings me to the greatest problem with the Long View, which was put perfectly by one of my worthiest competitors, Jason Zweig of the Wall Street Journal. His job, he said, was "to write the exact same thing between 50 and 100 times a year in such a way that neither my editors nor my readers will ever think I am repeating myself".

This is painfully true. I doubt whether preferring bonds to stocks will still be a good idea for the next decade, but there are a few simple verities that never cease to be true. I suspect the best Long View advice boils down to these few straightforward propositions:

Always worry about costs. You do not know about future returns, but present costs are known, and likely to be extended into the future. (This is even more important when yields and returns are so low).

Be humble. The market is not perfectly efficient, and not always right. But most of the time it is efficient enough to make it close to impossible to beat. These precepts mean passive index funds should be the bulk of a portfolio.

It is as much risk to be out of the market as in it. Gains (like falls) tend to come in a rush — as in the spring of 2009. Hindsight Capital gets timing right; you almost certainly won't.

Know what you know, and what you don't — only attempt to beat the market when you have good reason to believe you know something others don't.

And if you're serious about giving this all the time you've got — look away from the public markets. The public markets are ever more efficient, making it ever harder to beat them, but beyond them, there may still be bargains.

And most importantly, there are far more important things in life than finance. Few of us have the privilege not to have to worry about money. But we should deliver ourselves from the agonies of investment choice to the greatest extent possible — and get on with the things in life that really matter.