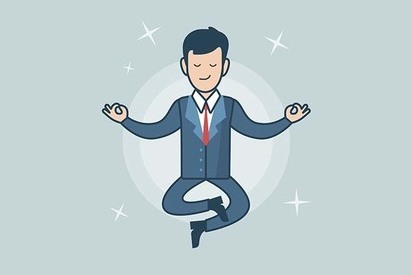 Trying to read significance into the daily movements of financial markets is more often than not akin to treating punches thrown in a bar brawl as if they were pirouettes performed in the Bolshoi ballet.

Staggering amounts of time and intellectual energy are expended by market watchers who treat the latest leg up or down in US Treasuries or stock markets as imbued with meaning, only to reverse their view the following week.

In recent weeks we have seen a sharp drop, and subsequent recovery, in the value of US equities, and listened to a parade of well-followed investors and commentators offer up their prognoses of what “the return of volatility” means for the future. What we have also seen again is how the practice of offering up long-term opinions about the state of the world based on the short-term fluctuations of the markets is fraught with pitfalls, seemingly even for the richest and best informed investors in the world.

Ray Dalio, founder of the hedge fund Bridgewater, told CNBC viewers in late January how "everything is pretty good" and warned: "If you're holding cash, you're going to feel pretty stupid". A fortnight later the US equity market tumbled and Mr Dalio's deputy gave an interview to the FT that struck a far more pessimistic tone, warning of "a lot of complacency built up in markets". US equities have since recovered most of their losses and volatility has subsided.

None of this is mentioned to lampoon Bridgewater's confusing rolling commentary on the market, with the hedge fund presumably adopting a more nuanced investment strategy for its clients than the sound bites it offers up to the media. Instead, the turbulence of the last month should serve as a reminder that in times of uncertainty the safest option can simply be to tune out noise and refocus on following a disciplined, value-orientated investment process.

Price volatility is near universally discussed as a bad, or worrying thing. In fact, volatility should be welcomed by thoughtful investors who seek to follow the deceptively simple practice of trying to buy stocks and bonds for less than they think they are intrinsically worth.

Ben Graham, the famed father of value investing, used the analogy of the market as a business partner so mentally unstable he would on some days offer to sell you his share for a rock bottom price, and on better days would ask for a stratospheric valuation. This character, Mr Graham noted, would be a fantastic person to do business with.

"Price fluctuations have only one significant meaning for the true investor," he wrote. "They provide him with an opportunity to buy wisely when prices fall sharply and to sell wisely when they advance a great deal. At other times he will do better if he forgets about the stock market."

Mr Graham was writing in the 1940s, but little about market psychology appears to have changed in the years that have passed.

The market still wildly alters its opinion on what macroeconomic concern is important every few months. Not so long ago investors were fretting about yield curves flattening. Six months later some are petrified of inflation and the yield curve steepening. Two years ago US economic growth was not strong enough to justify prevailing equity valuations. Now growth is feared by some to be too strong and the US economy is at risk of boiling over, yet equity valuations are still too high. So changeable and dissonant is the market’s world view that if it were a person they would quickly be judged to be at best erratic, and possibly not worth listening to at all.

It pays to remain cool headed and focused when the wider market is flailing its arms in panic. Being an all-knowing macro forecasting genius who correctly analyses each swing of the market is very hard, if not impossible. Instead of aiming for genius, as Mr Graham said, it is easier "simply trying to be less irrational than the mass of speculators who insist on buying after the market advances and selling after it goes down… If the market persists in behaving foolishly, all he seems to need is ordinary common sense in order to exploit its foolishness".

Next time panic in the market ensues these are words many would benefit from remembering.