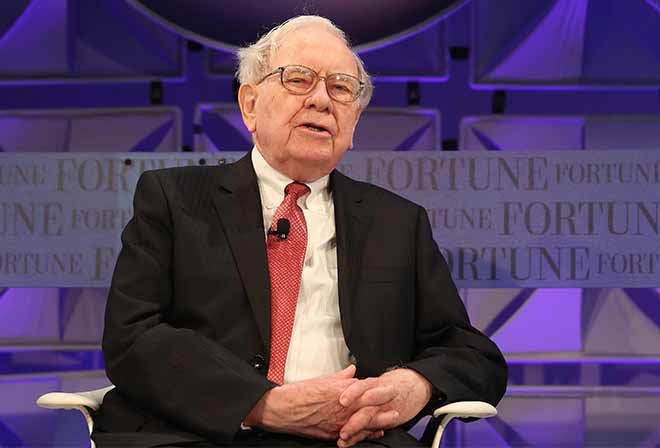 The decision by Warren Buffett to plough almost $1bn of Berkshire Hathaway’s cash back into its own shares has highlighted the dearth of attractive deals available to long-term investors, while shaky markets suggest that company valuations have overheated.

The buyback, its first in six years, represents a tiny fraction of the conglomerate’s $104bn cash pile and comes as Berkshire’s takeover drought has stretched to nearly a third full year.

Other companies and buyout firms have pushed dealmaking to heady levels. Some $3.5tn of acquisitions have been agreed this year, up more than 30 per cent from a year earlier, according to Refinitiv data. But Mr Buffett, chief executive of the $509bn conglomerate, has said he never tries to time the market and invests only in companies with strong management teams and business models he understands. When buying a company outright, he demands to pay a fair price.

“Maybe there aren’t very many companies that are willing to sell their business at a fair price,” said James Shanahan, an analyst with Edward Jones. For Berkshire, buybacks are “another clear and defendable use of cash”.

He added: “It is probably a less risky investment because they know their business better than they might a publicly traded company they would like to invest in.”

"We suspect that the US economy will slow sooner than investors expect, perhaps around mid-2019".
Oliver Jones, an economist with Capital Economics

The Sage of Omaha typically refuses to engage in bidding wars for companies. His distaste for debt, a critical component in the spree of mammoth leveraged buyouts clinched this year as equity valuations set new records, means he is unlikely to make the highest offer in an auction. Starved of buyout opportunities that fit, Berkshire has also ploughed more of its cash into the stock market, snapping up shares of companies like iPhone maker Apple.

The pace of dealmaking this year has struck a nerve with many investors, who warn that corporate creditworthiness is deteriorating as central banks around the world begin to rein in post-crisis stimulus. Recent market ructions alone have helped rapidly tighten financial conditions.

A growing chorus of analysts on Wall Street have raised concerns about the durability of the current global economic expansion. And even as companies in the US have chalked up strong earnings growth, share prices have weakened. This has sparked some concerns about a deeper and more significant pullback in markets, and in company valuations.

“We suspect that the US economy will slow sooner than investors expect, perhaps around mid-2019,” said Oliver Jones, an economist with Capital Economics. “This underpins our forecast that the stock market will fall much further by the end of next year.”

The recent market correction may prove a boon to Mr Buffett and Berkshire however, especially if the barrier to dealmaking remains price. Analysts with Goldman have called the recent deceleration in growth “necessary to prevent a more serious overheating”.

If nothing less, the value at which Berkshire repurchased its shares indicates what Mr Buffett and vice-chairman Charlie Munger believe the company’s stock is worth. In the third quarter, the average price it paid for its class A shares was $312,807, above Friday’s closing price, suggesting that more share repurchases may be in the offing.