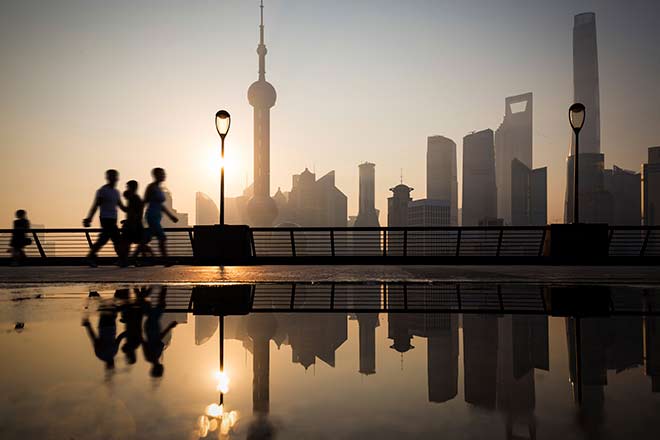 Over the past year China has put its mark on the world economy as never before.

Not only did the Chinese economic slowdown inflict considerable pain on energy and commodity producers. It acted as a serious restraint on growth in the rest of the developing world as well as holding back global economic growth. Equally striking was the way the Chinese stock market collapse and mismanaged devaluation in the summer caused the US Federal Reserve to postpone an interest rate rise in September.

No central bank is less prone to respond to external influences when making policy. The Fed's unexpected sensitivity on this score was a measure of how the world has changed as a result of China's rise. And finally China succeeded in its ambition to have the renminbi included in the International Monetary Fund's basket of reserve currencies.

In 2016 China will once again be hugely important in determining the path of the world economy and the direction of capital flows. But this time the story will not be about a slowing economy. As recent industrial production numbers indicate, measures to stimulate the economy are having an impact. Investment is picking up in response to stronger infrastructure investment, especially from local governments, reflecting the easing of financing constraints on them. State-owned enterprises have also been investing more heavily.

This represents a return to the old investment — and export-led growth model from which Beijing was trying to escape. When confronted with a slowdown earlier this year that far exceeded their expectations Communist party officials changed course, no doubt fearing that high unemployment in older industries would lead to social unrest that could pose a threat to the party's grip on power.

Next year will provide conclusive evidence on whether plans to rebalance the economy towards consumption and continue with financial liberalisation have gone out of the window. If they have, China will pay a higher price later on for perpetuating a hugely costly misallocation of resources.

The rest of the world also stands to pay a price. A malign external outcome of China's unsustainable growth model is that returns in many industries have been depressed because of the Chinese contribution to global excess capacity. That is an undermentioned factor in the low levels of investment by industry in the US and much of Europe since the financial crisis.

One of the biggest questions posed by China relates to currency wars. Chinese industry has been struggling with an uncompetitive exchange rate. That problem has been exacerbated by the renminbi peg to a soaring dollar. The decision earlier this month to switch to managing the renminbi relative to a basket of currencies ostensibly helps the transition to a more market-determined exchange rate. But it also provides a smokescreen for the People's Bank of China to bring about a depreciation of the renminbi. At the same time a sharp fall in producer prices is contributing further to the real depreciation of the currency.

An orderly depreciation might be a manageable proposition for the rest of the world, given that the advanced economies suffer from deficient demand. Cheaper imports from China would be a useful spur to increased consumption, coming on top of a decline in the oil price that has boosted consumer incomes.

A more precipitate depreciation, perhaps prompted by further resort to competitive devaluation by Japan, might be another matter, especially if it unleashes a protectionist impulse in the US in a presidential election year. The US tradeable goods sector is small in relation to the overall economy, but US exporters have considerable lobbying power on Capitol Hill. That said, the existence of global supply chains means that protectionist rhetoric may be more muted than in pre-globalisation days.

Should Chinese officials regain their appetite for financial reforms, another kind of shock may be felt outside China. As I have pointed out here before, a move to full capital account liberalisation would free the vast pool of savings in the household and corporate sectors to head for foreign markets. The temptation to diversify into investments in countries with more secure property rights and stable governance would be overwhelming. That would lead to bubbles, especially in the relatively narrow markets of the developing world but also in the rich countries. Worse things can happen to an economy.