A clinical test of the five most popular Smart Beta factors 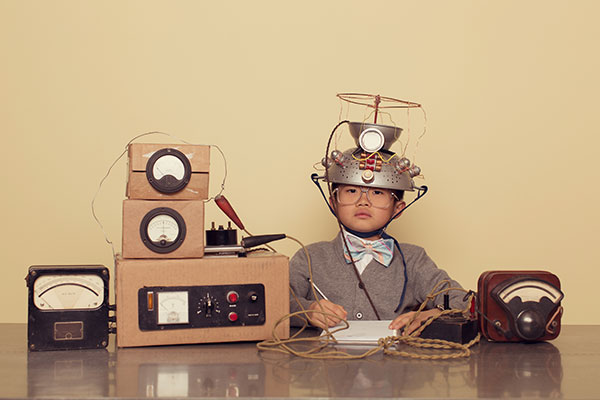 "Smart Beta" — the attempt to turn investment factors into indices that can be turned into cheap tracker funds or exchange traded funds — has become one of the investment industry's biggest earners. But the rush to identify new anomalies that can be turned into indices, and then lay claim to them in the academic literature, is beginning to resemble the rush to patent new drugs. The total number of "smart beta" factors identified so far comes to 458.

If subjected to the same kind of rigorous testing that new drugs go through, most would never be cleared for sale to the public.

Last month the central "smart beta" factors received the investment industry's closest approach to a clinical trial. The trio of British academics Elroy Dimson, Paul Marsh and Mike Staunton have been publishing their Global Investment Returns Yearbook, now under the sponsorship of Credit Suisse, for many years, and it has become an important point on the investment calendar. Using an enormous database of more than 20 countries' stock markets, going back more than a century, they can test whether elaborate theories would really have worked as claimed over time.

These need to be divided into two categories. Size, income and value are reasonably constant over time. You invest in small and cheap companies in the hope that they will eventually become large and expensive, but a portfolio built around these stocks will not need to be reshuffled much. Mr Dimson, of Cambridge's Judge Business School, suggests that these are appropriate for retail funds sold to the public.

The other factors require frequent reshuffling, it becomes vital to minimise trading costs, and they are better left to hedge funds and proprietary trading desks.

Their findings: when it comes to the low-risk anomaly, the great returns come from avoiding the riskiest stocks, rather than seeking out the least risky. Since 1963, when divided into quintiles, the riskiest fifth of stocks returned only 4.1 per cent per year. All others returned at least 10.9 per cent.

A similar study for the UK yielded similar results. The riskiest third of stocks returned only 4.2 per cent per year, while others returned in double digits. Most of this effect was driven by the fallout from the dotcom bust in 2000.

As for momentum, which can be measured in many ways, the team tested a strategy of identifying the best and worst performing quintiles of stocks over six months, waiting a month, and then buying the winners and shorting the losers. This approach was recalculated every six months.

The results showed, as might be expected, that returns were very volatile, but that over time they would have accumulated impressively. (The most powerful winning factor in finance is, of course, compound interest). In the US since 1900 the winners would have beaten the losers by 7.4 percentage points per annum, while in the UK the gap was an enormous 10.4 percentage points. One pound invested in 1900 would have turned into £61 with the losers by now, and more than £5m with the winners.

Across 23 countries, the effect proved robust, and has strengthened slightly since it was first demonstrated in 2000 — very different from the experience with other factors. The average global monthly return to winners over losers is now 0.79 per cent, up from 0.71 per cent.

As for the size factor, it endured a long period of failing to outperform as hoped — although the phenomenon that smaller companies behave differently from large ones remains intact. Since 2000, the global small company premium has been 0.45 per cent per month. This is disappointing compared with the findings when the small company effect was first identified some decades ago. As the academics put it, if the small company effect had only been discovered now, investors would have noted that small companies tended to do better, but it would not look like the major "free lunch" anomaly that it once appeared to be.

The value effect, which has had a conspicuously poor time since the 2008 financial crisis, continues to show up, although not universally. The global value premium since 2000 has been 2.5 percentage points (a great return if it is compounded over a few years), but there were four European countries where value has underperformed.

The income factor, a subset of value as a high dividend yield is often regarded as an indicator of cheapness, has performed very well since 2000, but this may be due to the strange yield-hunting conditions that have persisted for much of that time.

In a pleasant surprise, the academics' conclusion is upbeat. All five effects are genuine, in that they tend to cause stocks to perform differently (even if they do not always perform better) and all should be monitored by investors. Their performance will vary greatly over time. If smart beta managers have any sense, they will keep their attentions to these five factors, and resist temptations to over-elaborate.