US companies defy investors with switch to online annual meetings 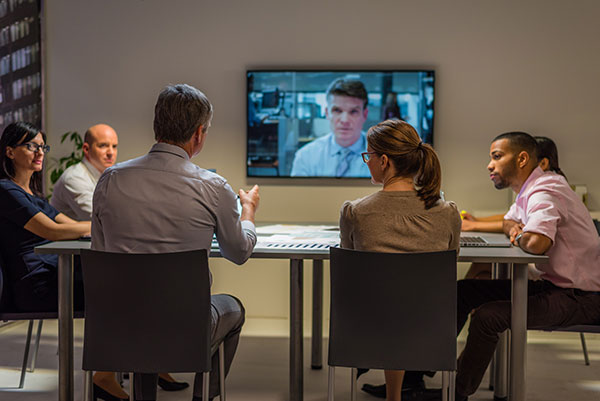 The number of US companies scrapping the traditional annual shareholder meeting and hosting the event online has surged in the past 18 months, in defiance of complaints from investors.

Corporate giants Ford and ConocoPhillips are among those switching to "virtual" meetings this year, in a move they say makes it possible for more shareholders to take part and ask questions.

Opponents, however, say directors are using technology to hide from the small shareholders and activists who have enlivened corporate meetings for generations.

According to Broadridge, the investor services company whose software is used for virtual shareholder meetings, 184 US companies will hold online meetings in the first six months of this year, a one-third increase on the period in 2016.

HP, JetBlue, Sprint, Fitbit and PayPal are among those to have switched to virtual meetings. The number of companies holding online-only events was 155 last year, with a further 32 testing the waters by holding an in-person meeting as well as a virtual event.

Ford announced on Friday that it was joining "a growing list of forward-looking companies" by ending its in-person shareholder meeting. "The virtual nature of the meeting will enable us to increase shareholder accessibility, while improving meeting efficiency and reducing costs," said Bill Ford, chairman.

Broadridge is marketing its software as a way to broaden access to people who cannot afford to travel and as a way of cutting expenses, such as the security bills some companies must pay for contentious meetings.

The decision by Duke Energy, the largest utility in the US, to switch to a virtual meeting this year, was criticised by As You Sow, a shareholder group that has put a resolution on the agenda demanding information on pollution from its coal-fired power plants.

"They do not want to face the folks they have harmed," said Danielle Fugere, president of As You Sow. "Our goal is to make the board understand how important these issues are but, if you are so many voices on a webinar, you lose the impact of the message. It feels like they are running away from their shareholders."

Duke's 2016 meeting included emotional speeches from residents affected by spills from ash basins at the company's coal-fired power plants in North Carolina. The company said it continued to meet environmental groups at other times and the virtual meeting would allow it to take more questions from more shareholders.

ConocoPhillips said it would take live questions from shareholders online and on the phone. "We are excited to embrace the latest technology to provide ease of access, real-time communication and cost savings for our stockholders and the company," it said.

The Council of Institutional Investors, which represents pension funds and other large US shareholders, opposes virtual-only meetings, saying companies should also provide the opportunity for shareholders to attend in person.

The rise of virtual meetings has reignited debate over when and how they should be operated, prompting the formation of a group to design a code of best practice. It includes representatives of investors such as Calstrs and Capital Group and companies including Microsoft.

A similar working group in 2012 failed to bridge the divide between investors and companies on when virtual-only meetings were acceptable, and concentrated instead on how companies should organise question and answer sessions.