Did the Fangs Jump the Shark? 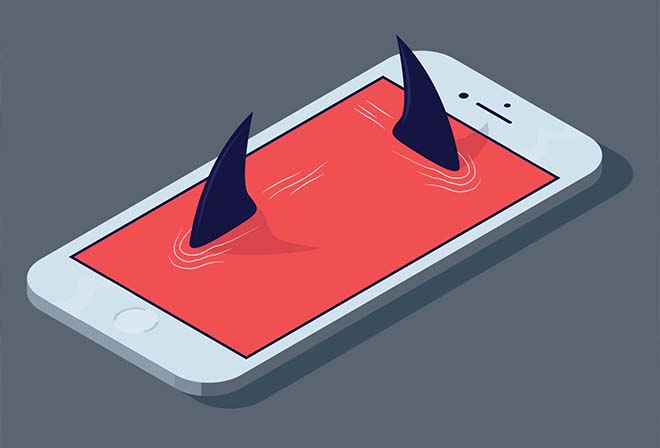 We are back approaching Peak Acronym. Futures tied to the NYSE's FANG+ index (originally named for the initials of Facebook, Amazon, Netflix and Google, and now typically also including Apple and Microsoft) are about to begin trading. The Fangs have delivered spectacularly in the past couple of years. But once an acronym has been coined and financial instruments introduced to trade it, that can be the sign of serious trouble.

This is how the NYSE’s index has done since its inception a little more than two years ago: 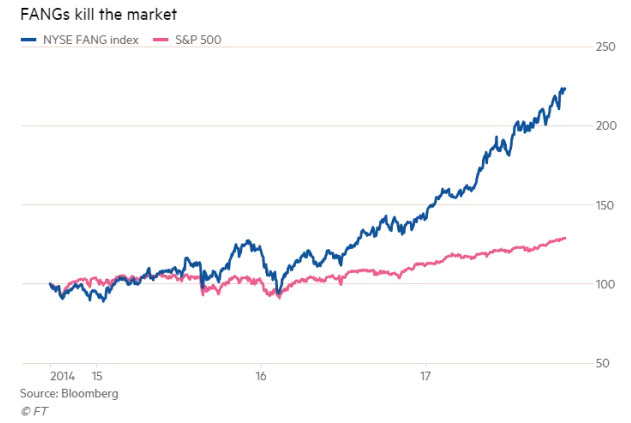 Performance like this looks extreme. But when we make the obvious comparison, to the dotcom bubble, it looks as though we could yet see much more overheating. This shows the Fangs’ performance versus the market, compared to the S&P 500 information technology index's outperformance over the same period leading up to the top of the dotcom bubble in March 2000: 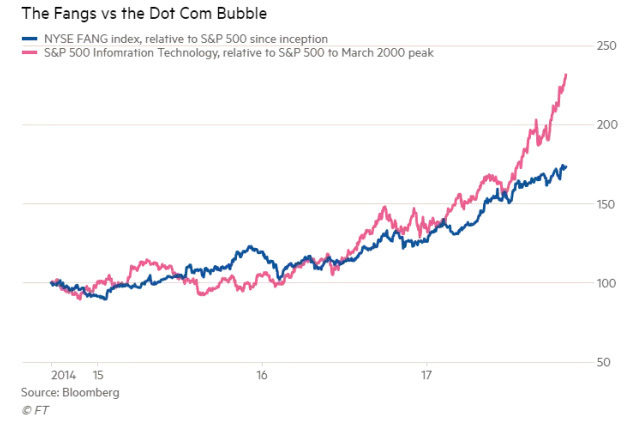 The Fangs are on quite a run, but this is not yet as extreme as the dotcoms were before they crashed. Also note that the comparison is slightly unfair, as the S&P information technology index is considerably more diversified. If I had been able to find a more concentrated index of the big internet winners from 1999, the Fangs' outperformance might have seemed even more reasonable.

However, it is still easy to imagine the Fangs moving into a "blow-off" of "melt-up" phase, as we saw in the first few months of 2000. And the fact that the Fangs have now been packaged under their own acronym is a very bad sign.

The closest comparison is the Bric concept (Brazil, Russia, India and China), coined in late 2001 by Goldman Sachs' Jim O'Neill as a suggestion for how the biggest emerging markets should throw their weight around more in international conferences. As emerging markets began to go on a tear, the acronym was co-opted as an investment strategy, and indexers produced Bric indices which they back-tested. The first Bric exchange-traded fund was introduced in late 2007. This chart shows how well timed that launch was: 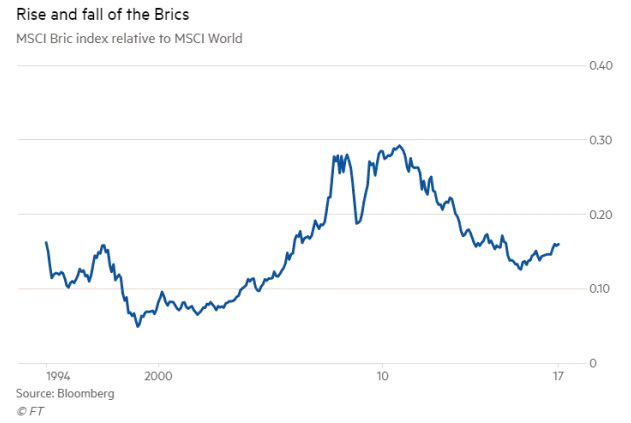 After a disastrous but brief downturn during the crisis, the Brics went into a longer-term slide starting in 2011, which has only reversed in the past year. Unfortunately, investors bought at the top and sold all the way down to the bottom. This is how the shares outstanding in iShares’ Bric ETF have moved over time. Increases mean net inflows of consumer cash and falls mean investors are exiting: 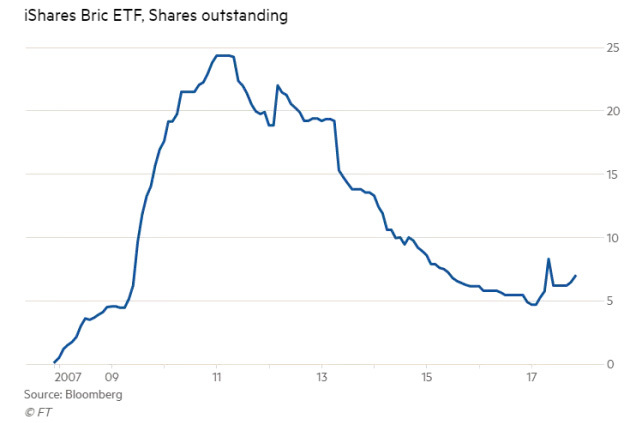 That is a painful history. If not the very top, the introduction of Fang financial instruments is a worrying indicator that Peak Fang is at hand. It may not be long before Fangs jump the Shark.