By Robin Wigglesworth and US markets editor, Financial Times | May 16, 2017 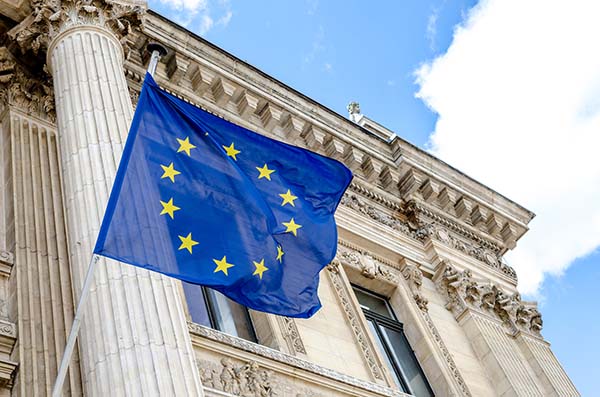 Investors have accelerated their buying of European financial assets in the wake of Emmanuel Macron winning the French presidency, but a top executive at one of the world's biggest asset managers cautions that the region's stock markets aren't as cheap as they appear.

European equity funds enjoyed their strongest week of inflows on record last week — pushing the EuroFirst 300 index up 3.7 per cent this month compared to the S&P 500's 1.7 per cent gain — as cheaper valuations make the region look comparatively more attractive now that the French election is over.

However Rob Lovelace, a senior executive at $1.5tn Capital Group, cautions that European equity prices only look cheaper because of the region's lack of punchily valued technology stocks, a sector that has helped propel the S&P 500 above 2,400 points and spurred a series of record highs in the Nasdaq Composite this month. Stripping out the tech sector makes European valuations look far less attractive relative to the US, he argued.

"Europe has got some green shoots. The economy is getting better and the French election is over, so it looks good. But while valuations are cheaper they're not that much cheaper," Mr Lovelace, Capital's vice-chairman, told the FT. "If you correct for technology it's basically the same."

The Eurofirst 300 index, a benchmark for European equities, is trading at a trailing price-to-earnings ratio of 25.6 times, compared to the S&P 500's 20.9 times PE ratio when technology and telecom stocks are excluded.

On a forward-looking basis, which incorporates future earnings estimates, European stocks are trading at a PE ratio of 15.6 times, compared to the S&P 500 ex tech and telecoms index's 17.5 times.

Indeed, the latest investor survey by Bank of America Merrill Lynch indicates that fund managers think that betting on the tech-heavy Nasdaq is the most crowded trade in markets, followed by European markets. Last month, no one polled said that European equities was a crowded trade.

A net 59 per cent of investors are overweight eurozone equities in May, according to the BofA survey, up from 48 per cent in April and the highest allocation to the region since March 2015. "Allocation to eurozone equities is at its third highest level on record. The recent outperformance seems due for a pause, especially versus the US," said Ronan Carr, the US bank's European equity strategist.

Mr Lovelace, the grandson of the Los Angeles-based asset manager's founder, instead favours emerging markets. While the bourses of the developing world have already enjoyed a sterling run, with the FTSE EM index up nearly 15 per cent this year, Capital Group's vice-chairman — an EM specialist — thinks there are further gains to come.

"You can always tell when you're close to the end of the [EM] cycle because small and mid-sized companies begin to move, which they haven't yet," he said. "So they have room to run further."

A net 44 per cent of asset managers surveyed by BofA reckon emerging market equities are undervalued. Still, views on stock prices are far from uniform, and technology stocks have also helped propel developing markets such as South Korea and Taiwan to new highs this month.

Many investors find the current bout of market tranquility unnerving, especially considering the heightened global uncertainty. Mr Lovelace said that, while a bout of turmoil was possible, many investors would only see it as an opportunity to buy at slightly cheaper prices, capping how bad a sell-off could be.

"We're all scratching our heads, but it's rare that our reality and our feelings are disconnected for long," Mr Lovelace said. "It doesn't feel like we need a bear market to clean out any excesses, but we definitely need a correction... But if there is a correction, it will be bought very quickly."