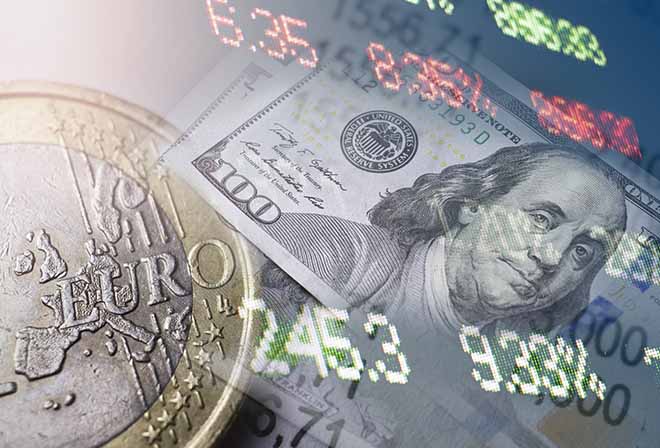 A punishing December capped a year investors will be keen to forget, when almost every major asset class fell. The volatility that marked 2018 sets up some key conundrums facing markets in 2019.

Is the US bond market too pessimistic?

The 10-year US government bond yield is arguably the most widely watched and influential interest rate in the world, and the market turbulence of 2018 shows that investors are acutely sensitive to its movements. As last year drew to a close, the $14tn market staged a robust rally, cramming down yields as fixed-income investors began to anticipate a US economy coming down from the stimulus-induced high.

Despite the sharp move down in yields in November and December, which sent the 10-year yield as low as 2.72 per cent, Wall Street analysts on average expect the yield to end 2019 at 3.44 per cent, according to a Bloomberg survey. For those who believe the pessimism that gripped markets towards the end of last year is overdone, it is a forecast that might just seem reasonable.

If that scenario unfolds, it is likely to further energise the dollar as more money chases the higher returns available on US assets, and deal a blow to emerging market bonds and equities. However, the forecasts of Wall Street strategists for bond prices have proved consistently too bearish in recent years.

Some believe the bond market is right to anticipate a much more sluggish US economy, arguing that after delivering four interest rate increases in 2018, the Federal Reserve may now be finished. For them, the more pressing question is whether the US yield curve inverts — a historically reliable indicator of a recession that occurs when short-term bond yields rise above those for longer-dated bonds.

“We do not actually expect the curve to invert in 2019, not least because the Fed is itself likely to regard a flatter curve as a warning sign,” analysts at Credit Suisse note.

The meeting of Fed policymakers in late January will be a key early date in the calendar.

How will European markets cope with the end of QE?

While the US Treasury market will do much to set the direction for other sovereign bonds, the outlook for European government debt will also be shaped by the European Central Bank’s decision to end the multitrillion euro bond-buying programme that it began in 2015.

As the ECB’s purchases helped depress yields, the absence of such a large buyer should logically exert some upward pressure. But some are sceptical that yields for some eurozone countries will climb significantly. For a start, the ECB will continue to reinvest the proceeds of maturing debt that it already owns — meaning its portfolio will remain at about the current €2.6tn level. The largely balanced fiscal position in some core eurozone countries, notably Germany, offers another potential countervailing force to the ECB’s absence as there will be a limited new supply of debt for investors to digest.

“Overall the reinvestment programme will remain supportive for European bond yields because the scarcity issue is not going to disappear soon for core bonds,” said Michael Grady, head of investment strategy at Aviva Investors.

For European fixed-income investors, much will depend on the performance of the eurozone economy, which disappointed last year after a surprisingly upbeat 2017. Should global trade tensions, a messy Brexit or a deterioration in relations between Italy’s populist government and Brussels scupper economists’ expectations for a rebound, then catalysts for a move higher in German yields becomes even harder to find.

However, a sluggish eurozone economy could yet feed into a potentially different dynamic for countries such as Italy, which has substantial amounts of fresh debt to sell after being at loggerheads with Brussels for much of last year over its spending plans. Bond investors could also be challenged by May’s European Parliament elections in which voters have thrown their support behind parties pushing expansionary fiscal policies.

Will there be a ‘last hurrah’ for US stocks?

The last year for US stocks was bookended by a melt-up and a near meltdown. As 2019 starts, a key question for investors is whether US stocks have already seen their peak for this economic cycle. Even if the answer is yes, it begs the question of whether the market will still see a bounce in the first quarter that will be painful for fund managers to miss.

Equity strategists at Barclays say they see two scenarios. Their base case is a “last hurrah [for equities] followed by an eventual sell-off as recession hits after two years”, but there is “an alternative scenario where equities have already peaked and will continue drifting down as they have done historically a year before recession starts”. 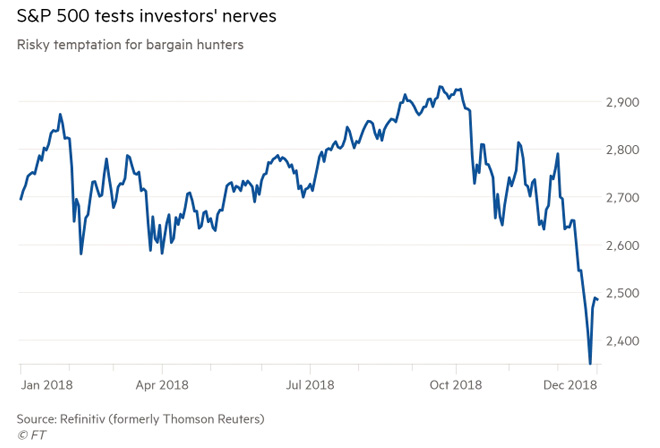 The macro risks are multiple and well-known: the Fed stalls the economy by raising rates too high, Beijing and Washington’s temporary trade truce unravels or cooler growth outside the US saps corporate profits.

David Donabedian, chief investment officer at CIBC Private Wealth Management, said these will prove relevant if they affect what really matters: corporate earnings growth. Wall Street analysts expect profits for S&P 500 companies to grow 8.3 per cent in 2019 (as measured by earnings per share), down from an expected 20.5 per cent in 2018, according to FactSet.

And for analysts at JPMorgan, for example, that order of profit growth will help send the S&P 500 up 15 per cent in 2019, as fears of a buckling US economy prove overblown.

A similar debate is animating the corporate bond market, where investors in both US investment-grade and high-yield bonds nursed losses in 2018. Some fund managers already see opportunities.

“It’s a substantial increase in yields,” said Ed Perks, chief investment officer for multi-asset solutions at Franklin Templeton. “If you subscribe to the idea that the backdrop remains conducive for corporate fundamentals, it’s pretty attractive.”

Will China’s renminbi extend its slide?

The performance of the Chinese renminbi remains a wild card for global investors. Those who believe the official GDP figures are overstating the strength of the economy believe Beijing will in the end let the renminbi fall further in 2019. 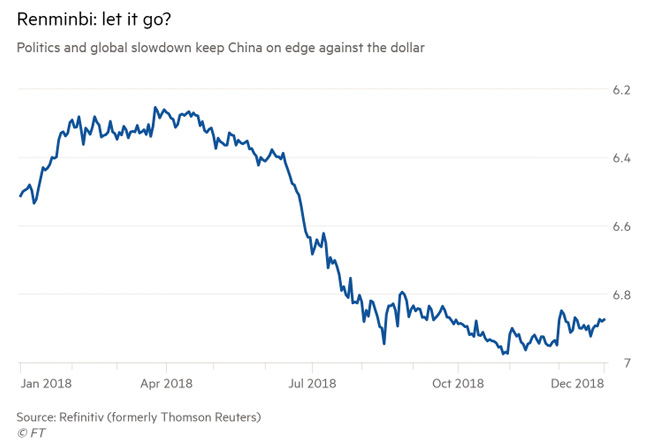 Raymond Ma, a fund manager at Fidelity International, said that possibility would also keep the Chinese stock market — the worst performing major stock market in 2018— on edge. Whether Beijing and Washington can reach an agreement that holds on trade will also be central to the renminbi’s fate. It is worth noting that while the broad consensus among foreign exchange strategists is that the dollar will falter in 2019 as monetary policy begins to shift in favour of other currencies such as the euro, many do not expect that weakness to come against the renminbi.