By Richard Waters in San Francisco and Peter Campbell in London | June 15, 2018 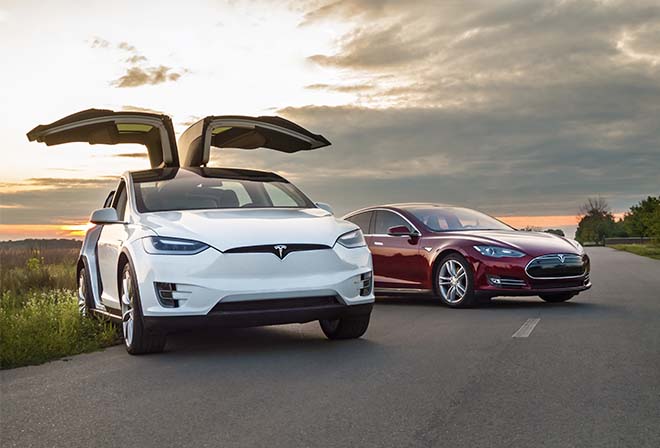 Elon Musk — tech visionary, showman, fixture of the gossip columns — knows how to mount a charm offensive. As the Tesla boss opened his company’s annual shareholder meeting last week he appeared to choke back tears, declaring: “This is going to sound a little cheesy, but at Tesla we build our cars with love.”

A disarming admission about his own habitual over-optimism followed. But that did not stop him declaring, straight-faced, that Tesla was likely to hit a production target this month that has come to be seen as a make-or-break moment for the electric car company.

The Musk pixie dust has lost none of its potency. His performance touched off a rally that has added 23 per cent to Tesla’s flagging shares, putting them back within reach of their all-time high. After a bruising Spring, Mr Musk is back on top again — at least, for this week.

For other chiefs, the share price might be a mark of pride or personal vindication. But for Mr Musk it is so much more. It has turned into Tesla’s key weapon, making it possible for the perennially lossmaking company to keep returning to Wall Street for more cash.

While critics shake their heads and warn that Tesla investors are tiring of this game, the company’s shares are now 35 per cent higher than they were the last time Mr Musk resorted to raising new equity, in early 2017. The message: Mr Musk’s loyal shareholders are still ready to back him to the hilt.

Does this signal another extension for the charmed life of an unconventional businessman? Or is it a final display of hubris as Tesla comes closer to a much-predicted day of reckoning, with deadlines for key operational and financial targets about to come due?

To read the headlines for much of this year would give the impression that the chances of Mr Musk succeeding were receding fast. Problems making the Model 3 — his company’s first attempt to reach the mass market— have left production well behind schedule. That has led analysts to predict that Tesla will need to return to Wall Street to raise another $2bn or more this year — something its boss has adamantly set his face against.

Executive departures have been followed in obsessive detail in the media. A fatal crash of its Model X has brought fresh scrutiny of the company’s “autopilot” system — a prelude to the full self-driving software that Mr Musk says will be released within weeks. And in a sign of the pressure to get its finances in order, Tesla this week announced a company-wide restructuring that will lead to the loss of about 3,500 jobs, or 9 per cent of staff.

Announcing the job cuts, the Tesla boss — not known for humility — admitted that it was “a valid and fair criticism of Tesla’s history to date” that it had failed to reach consistent profitability.

To the critics who have long circled the company (many of them short sellers who hope to profit from a collapse in its stock), all of this has been proof that Tesla and its chief executive are in danger of unravelling — operationally, financially and psychologically.

Mr Musk himself has been at the centre of the drama. On a conference call to discuss Tesla’s earnings last month, he dismissed “boring bonehead questions” from one analyst and ignored a question from another altogether. Mr Musk’s flash of pique instantly wiped 8 per cent from the Tesla stock price, and forced even his fans to recoil.

“It made a lot of long-term investors question what’s going on. He alienated the financial community,” says Ben Kallo, an analyst at RW Baird.

Supporters say the erratic behaviour is understandable, given the pressure he is under. “This was make or break for his entire vision,” says shareholder Ross Gerber, founder and chief executive of wealth manager Gerber Kawasaki. “Put yourself in his situation: You feel like your mission is to save the earth, and you become very hostile to the people you see as trying to destroy that vision.”

One former director at Tesla, who worked with Mr Musk for several years, says: “Every time he sneezes there’s a reaction, that’s to be expected when you’re such a public figure, but he takes that very personally. You think he’s this strong, tough bull, but he’s unbelievably sensitive to people he feels want to see him fail or the company fail.”

But even Mr Gerber, who is highly active on Twitter and evangelical about the company, agrees that Mr Musk’s behaviour on the May 2 call was out of line. “The conference call was a low point,” he told the FT. “I agree with him, but I don’t think he handled it right.”

The performance has stoked long-simmering questions about whether Tesla has adequate checks and balances to control a chief executive who thrives on shattering convention. One analyst who covers Tesla for a large bank says many observers believe Tesla lacks “grown ups” to rein in Mr Musk’s outbursts, particularly on Twitter, where he goads journalists and promises to “burn” speculators who short the company’s shares.

“For a while it was endearing, but he [Mr Musk] has gone full Trump. The pressure, the need for attention — it’s weird, his mental state is deteriorating,” says the analyst, who asked to remain anonymous.

An industry executive who knows Mr Musk adds: “If any other CEO on earth exhibited the behaviour he is doing they would be out in an instant.”

Critics also complain that Mr Musk has become distracted. Along with SpaceX, other ventures making a claim on his time include a tunnelling concern called The Boring Company, which this week won a contract to build a high-speed underground rail link in Chicago. The news came just after Mr Musk had taken to Twitter to celebrate delivery of the company’s first consumer product — a consignment of flame-throwers.

Mr Gerber points out that his unusual approach to public engagement is part of the appeal. “If you want traditional business you buy shares in GE and get guys in suits,” he says.

Philippe Houchois, an analyst at Jefferies, adds: “For a lot of the fan base, they love it. I keep hearing about millennials who reject corporations, it [Tesla] has brand appeal for people who love rejecting corporations.”

Making the cars has turned out to be a harder proposition. Yet despite his production troubles, Mr Musk has continued to lecture the rest of the industry on how to make cars, claiming that Tesla’s real competitive advantage will eventually lie in a superior production system. At one point this year, he compared the current top speed of the industry’s automobile production lines to “grandma with a walker”, when they should run at “30 . . . 40 kilometres per hour”.

This has been galling for more experienced carmakers. “He thinks Detroit is all these dinosaurs,” says Bob Lutz, who held senior roles at all three of the biggest US automakers. He calculates that Tesla now employs 9,000-10,000 people in its single plant at Fremont near Silicon Valley, where a more experienced manufacturer could achieve the same output with 2,500.

In the middle of the crisis, Mr Musk has put himself in charge of production. Even fiercely loyal former employees believe that Tesla would benefit from a full-time operations manager to run the company, while the chief executive sets direction and strategy.

“He could really benefit from having a Gwynne Shotwell at Tesla,” says one former director, referring to the chief operating officer at SpaceX, Mr Musk’s primary other business.

With this month’s production deadline looming, crunch time has finally arrived. Besides claiming that Tesla will hit its goals, Mr Musk predicts it will go on to be both profitable and cash flow positive in the final two quarters of the year — a milestone in its quest to become financially sustainable.

Analysts who remain cautious on the company admit it could scrape by with a combination of improving performance and clever financial juggling. Increasing production, pushing back investment decisions and the job cuts “all contributes to reducing the cash burn,” says Mr Houchois. “Breaking even on earnings in the second half and generating cash flow is not unrealistic,” he says.

But even if Mr Musk can hit these goals, it will take more than a quarter or two to prove that reaching profitability on the Model 3 is a turning point for the company. Compared with its advertised starting price of $35,000, the company is meeting its first orders with vehicles starting at $49,000 — a premium that will pad profit margins on early sales.

“If they can make enough of the cars and sell them for a high enough price, they just might squeeze out a profit for a quarter,” says Mr Lutz. “But it’s ephemeral. They’re raking the cream off the top, from the Model 3 fanatics.”

This year, Tesla has said it will start meeting orders for cars equipped with fewer extra features, with prices starting at $35,000 — a switch that could risk pushing it back into losses.

If demand is unclear, then there is little doubt about the new supply that will soon hit the luxury end of the market. Thanks largely to Mr Musk’s own success with its Model S, the world’s luxury carmakers will soon be peddling electric cars of their own.

“He doesn’t have any unique technology — none,” says Mr Lutz, who predicts a much tougher future for Tesla. He says luxury marques such as BMW and Mercedes, with better reputations for quality, will come to dominate a market that Tesla has so far largely had to itself. That will provide the sternest test to Mr Musk’s dream of profitability.