Cannabis CEOs bet on US pot legalisation within a year 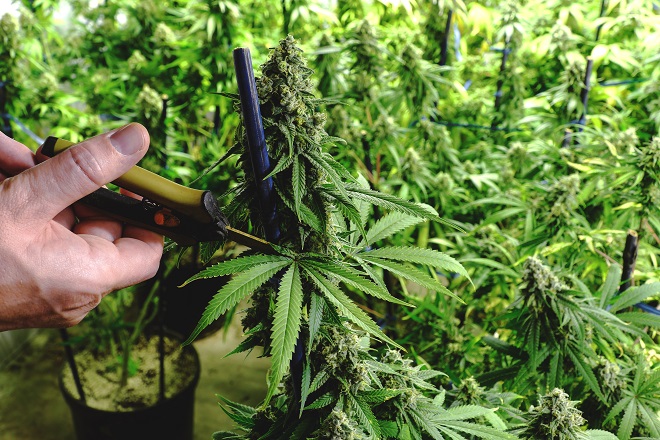 Canopy Growth’s bid for rival cannabis company Acreage Holdings was a $3.4bn bet on cannabis becoming legal across the US as soon as next year, the chief executives of the two companies have said.

The complex deal, in which Ontario-based Canopy will pay New York-headquartered Acreage just $300m in cash upfront, depends on federal legalisation in the US. “We believe it takes place sooner than others anticipate — I’m going to call within the next 12 months, 18 months on the far side,” Kevin Murphy, Acreage’s chairman and chief executive, told the Financial Times.

His confidence was underpinned by Acreage’s “strong political connectivity” in Washington, he said, in reference to a boardroom that includes John Boehner, the Republican former Speaker of the US House of Representatives.

“This is probably one of the few bipartisan issues in Washington,” he said, uniting states’ rights activists on the right with liberal Democrats on the left. “You’ve got politicians on both sides of the aisle that are striving to eliminate the black market, regulate the market, [and] put taxes on cannabis.”

A completed deal would value Mr Boehner’s units in an Acreage subsidiary at almost $20m. William Weld, the former governor of Massachusetts who last week announced he would challenge Donald Trump for the Republican party’s 2020 presidential nomination, is in line for a similar sum, and Brian Mulroney, the former Canadian prime minister, would see his shares and options valued at about $13m based on Canopy’s trading price on Thursday.

Mr Murphy, who founded Acreage in 2014, said the deal could pave the way for more M&A by the enlarged company. The combined group, he predicted, would have $1.5bn in firepower to pursue acquisitions within the next year or two, and was targeting smaller companies within and beyond the 20 US states in which it currently operates.

The planned tie-up, described by Canopy’s Canadian legal advisers as “the most complex M&A transaction completed in decades”, is the latest in a series of weed deals as decriminalisation spreads across North America.

The fact that Constellation Brands, the US distributor of Corona beer, has invested nearly $4bn in Canopy since 2017 to become its largest shareholder had “shattered perceptions” of cannabis among other consumer products companies, said Bruce Linton, Canopy’s co-founder.

“The sector is causing disruption for a whole bunch of people,” said Mr Linton. His company’s absorption of Acreage would further increase interest in the sector among companies in other sectors, including pharmaceuticals, he predicted.

Tilray, a Canadian cannabis company, already has a partnership with both Novartis, the Swiss drugmaker, and AB InBev, the brewer.

Marijuana remains restricted under Schedule 1 of the US Controlled Substances Act, making products derived from it federally illegal. Federally regulated banks risk prosecution when working with cannabis-related businesses, even if these are operating legally at the state level.

Proponents of liberalisation are pushing for Congress to adopt legislation that would mean it was no longer illegal for people to buy or sell the drug, so long as they comply with state law.

The Strengthening the Tenth Amendment Through Entrusting States (States) Act, co-sponsored by Senator Elizabeth Warren, would end contradictions between federal and state laws.