Bitcoin: an investment mania for the fake news era 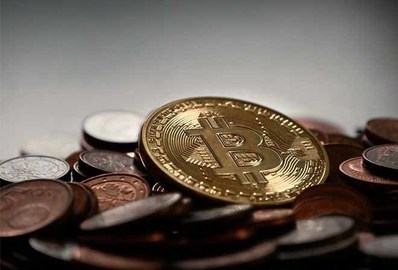 The advertisement on the London Underground this summer told the story. Next to a map of the Metropolitan Line and a sales pitch for a herbal remedy for stress was a solicitation for an investment fund giving punters a chance to bet on bitcoin and other cryptocurrencies. "Crypto needn’t be cryptic," it informed commuters.

The mass-market campaign made sense because bitcoin — a digital currency created by geeks that very few people understand — has become the investment nearly everyone is talking about. Worth little more than $300 at the start of 2015, the price of one bitcoin rocketed past the $10,000 mark and then $11,000 this week before settling around $10,550 on Friday in roller-coaster trading that tested the capacity of dealing platforms in the nascent asset class and stoked fears of a bubble.

The dramatic price action — at a time of low volatility in stocks and bonds — has proved impossible for the financial world to ignore. Nasdaq, the US exchanges operator, said on Wednesday it planned to launch bitcoin futures contracts next year, which would make it easier for investors to profit from losses as well as gains in the cryptocurrency. The move followed similar decisions by rivals Chicago Mercantile Exchange and Chicago Board Options Exchange.

Big banks that serve as intermediaries in such markets — enabling them to make money from price swings in either direction — have considered joining the futures trade, despite doubts about the underlying product both as a store of value or a means of payment. JPMorgan Chase — headed by Jamie Dimon, who has called bitcoin a "fraud" — is thinking about helping clients trade bitcoin futures, according to a person familiar with the matter. Goldman Sachs said it is exploring a similar market-making role, in response to client demand.

"It's not for me, but there's a lot of things that weren't for me in the past that worked out very well," Lloyd Blankfein, Goldman's chief executive, said this week. "Based on everything I know, I'm not guessing that it will work out. But I can’t say …it's a fraud, it can't [work out], because it might."

The prominence of bitcoin marks an unlikely outcome for a product born in 2009 as an open-source computing project inspired by the mysterious Satoshi Nakamoto. That was the name used by the person or people who wrote the paper describing the digital currency. No one has been able to establish whether there really is a Mr Nakamoto.

Bitcoin itself is a string of computer code. New bitcoins can be created — up to an agreed limit — by computers that gain the right to do so by solving complex puzzles. Transactions are recorded in a database called a blockchain.

The identity of those behind the transactions is hidden. Cryptographic techniques are used to prevent fraud — which is why bitcoin and its imitators such as ethereum are called cryptocurrencies. Neither governments nor banks play a role.

The result has been an investment mania made for the times. Futurists, libertarians and computer nerds turned to blockchain as a way to bring people together (there is even one recent project, called Thrive, using "wisdom of crowds" technology to "eradicate fake news"). Their cryptocurrencies found support among investors who have lost faith in people and their institutions — most notably, governments and banks.

Robert Shiller, the Yale economist who wrote Irrational Exuberance, sees the demand for bitcoin arising from the same sort of anxieties about modern life that helped elect Donald Trump as US president.

"Somehow bitcoin fits into that and it gives a sense of empowerment: I understand what's happening! I can speculate and I can be rich from understanding this! That kind of is a solution to the fundamental angst," he told Quartz.

The secrecy afforded by bitcoin and its cryptocurrency imitators provides a refuge for actors in the darker corners of the global economy.

"Bitcoin just shows you how much demand for money laundering there is in the world," says Larry Fink, chief executive of BlackRock, the world's largest money manager.

Joseph Stiglitz, the Nobel Prize-winning US economist, has said it ought to be outlawed. "Bitcoin is successful only because of its potential for circumvention, lack of oversight," he said this week. "It doesn't serve any socially useful function."

The surge in Bitcoin's value is arguably unprecedented. In the 12 months to November 30, the bitcoin price rose 1,773 per cent, bringing its value to nearly $170bn, around the market capitalisation of General Electric. By comparison, the Nasdaq Composite barely doubled during the final year of the dotcom boom. Other stock market bubbles, such as in the US in 1929, Japan in 1989 or China in 2007, were of much the same magnitude as the tech sector's.

Bitcoin satisfies most of the classic conditions for an investment mania. In his seminal 1978 work, Manias, Panics and Crashes, Charles Kindleberger said such episodes could start with "the widespread adoption of an invention with pervasive effects" that lie in the future and are hard to value.

Loose monetary policy — of the kind that followed the 2008 financial crisis — can provide additional fuel for investment crazes. As prices increase, peer pressure takes over. The number of hedge funds that invest in cryptocurrencies rose from 55 at the end of August to 169 by this week, according to research firm Autonomous NEXT.

"There are massive similarities between the dotcom bubble and bitcoin," says Clare Nicholls, senior partner at Invenio Corporate Finance. "The dotcom bubble was driven largely by 'fear of missing out'. Many people acted without really understanding what they were doing or the real truth behind it. As a result, prices skyrocketed and now, over a decade later, we are looking at the same volatile situation."

The action was more than some participants could handle. Coinbase, one of the largest exchanges, said on Wednesday that its traffic was at an "all-time high", resulting in "slower performance" for users. Gemini, another large exchange, suffered intermittent outages on Wednesday and Thursday as it dealt with an "enormous influx of traffic".

"Some exchanges are dealing with tens of thousands of accounts being opened," says Javier Paz, analyst at consultancy Aite Group in New York. "That's when you are getting a bottleneck and operational issues. Their middle and back offices are clogged up."

London's IG Group, the UK's largest online trading platform by market share, suspended trading of some bitcoin derivatives contracts on Monday. It offers punters a chance to play in the market using a "contract for difference", in which participants exchange the difference between the price at the time of the trade and at settlement. Mr Paz says derivatives dealers were "sensing the fragility of liquidity" in the market.

"For years, on the [online discussion] forums, $10,000 was the psychological barrier, it was the dream number," Mr Brown says. "People who have been in the market for four years are now cashing out …with life-changing returns."

As they did, regulators expressed fresh concerns. Randal Quarles, the Federal Reserve official who oversees banks, warned on Thursday that digital currencies are a "niche product" that have yet to prove themselves in a time of crisis. His words came only weeks after Chinese officials moved to shut down public bitcoin exchanges.

Ultimately, it is hard to say what exactly investors are buying. Bitcoin is as odd a duck as its supposed creator, Mr Nakamoto. Unlike stocks or bonds, bitcoin has no income stream. Unlike industrial or agricultural commodities, it has no practical use that can help to calculate an intrinsic value. While described as a currency, it may make most sense to compare it to precious metals. Gold's price rose 314 per cent in the final year before its 1970s bull market peaked in 1980, while silver rallied by 720 per cent.

"Bitcoin is an electronic commodity used for payment that has become a vehicle for speculation," says William Goetzmann, a Yale economist. "It does not have future dividends. Its value is set by expectations of future demand and/or expectations of future resale value. There is no way to value it fundamentally."

None of this means the boom will end any time soon. Mike Novogratz, the hedge fund manager who last week forecast a value of $10,000 for bitcoin by the end of this year, says it could reach $40,000 by the end of 2018. But, by the same token, this week's market gyrations suggest that punters who have just climbed aboard the bitcoin train can expect, at the minimum, a bumpy ride.