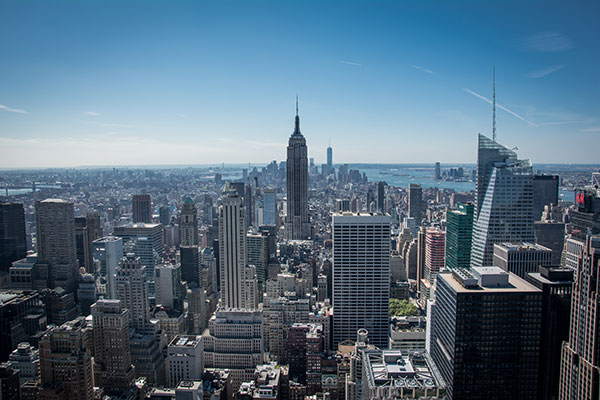 When Tim Armour graduated from Middlebury College, a liberal arts institution in Vermont, he faced a conundrum. He could either accept a graduate programme slot at a West Coast investment group, or go and run a windsurf shop in Florida.

Because he loved to windsurf but did not want to turn down a more sensible job, he asked the asset manager whether he could put off the traineeship for a year. He was grudgingly given nine months, so off he went to the beaches of Sanibel, an island off the south-west coast of Florida.

"It was one of the best experiences of my life because it taught me, in the first two weeks, that that's not what I wanted to do and I was so thankful to have a job to come back to," he says.

It worked out just fine for Mr Armour. Since 2015 he has been chairman and chief executive of the investment company he joined over three decades ago: Capital Group, one of the oldest and biggest in the world, with more than $1.5tn of assets under management. But he has taken the reins at a perilous time.

Traditional asset managers face an epochal battle against the rise of passive investing. Even Capital, one of the industry's best-regarded players, has felt the ground shift beneath its feet, with outflows for much of the post-crisis era. In 2007 its Growth Fund of America was the biggest mutual fund. Today, it is dwarfed by Vanguard and State Street's flagship passive funds.

That is why the company has ripped up a decades-old policy of operating in relative anonymity and is advancing new research that aims to destroy the "myth" that active management is doomed. "I feel we're yelling from the top of a mountain, and no one is listening," Mr Armour says. "Passive is here to stay, and it's an important option. But we are better than passive."

He has a reasonably strong argument to make. Although Capital's funds did poorly in the financial crisis - tarnishing a reputation for dodging bubbles - it has regained its footing. Thanks to improving performance and buoyant markets, its assets under management are now again close to the 2007 peak of $1.55tn. In 1993, Capital's American Funds was the fourth-largest US mutual fund brand, behind Fidelity, Vanguard and Franklin Templeton; now it is second, behind Vanguard, the all-conquering passive specialist.

This year it launched one of its root-and-branch reviews of the entire business - a project codenamed "Delta" - to "step back, re-examine and innovate". But the Los Angeles-based company is battling a fundamental change in investor preferences that will be hard to reverse, says Todd Rosenbluth, director of exchange traded funds and mutual fund research at CFRA.

"The shift to passive is not abating, it is accelerating, and unlike many other asset managers, Capital is entirely focused on active," Mr Rosenbluth says. "It tends to offer lower fee products, so their returns are going to be competitive, but … as investors seek out passive products, Capital is going to get caught up in the trend regardless of their performance."

For the investment industry, the post-crisis era has been marked by steady growth - but also disruption.

On the plus side, central banks have boosted markets to new highs, lifting the size of the US mutual fund industry to more than $16tn, up from $12tn on the eve of the crisis in 2007, according to the Investment Company Institute.

Yet mutual funds have proven progressively poorer at navigating markets. Over the past 10 years, 87.5 per cent of US equity funds underperformed their benchmarks, for example, and more than half of all international and emerging markets equities funds also lagged behind, according to an S&P study.

Meanwhile the likes of Vanguard, BlackRock and State Street have continued to slash the costs of their passive products, while smaller providers have unveiled a dizzying array of ETFs that allow investors to put money in any investment style or theme at a fraction of the cost of a traditional mutual fund.

But Capital's analysis of historic fund performance - research that has been corroborated by Morningstar, an industry data provider - has shown that two factors are strong indicators of long-term, market-beating returns: fund managers having plenty of their own money in a fund; and low fees. Capital scores well on both measures.

Almost two-thirds of American Funds' share classes have fees rated as "low" by Morningstar, while another fifth were below average. And 97 per cent of Capital's assets are managed by a portfolio manager with at least $1m of their own money invested.

"I feel really good about the battle we're waging," says Steve Deschenes, director of client analytics at Capital, the architect behind much of its research on active management.

Beating the drum loudly does not come naturally to Capital. Its profile was long so low that when Theresa May became British prime minister, a UK newspaper that wrote about her husband Philip's role as a client relationship manager at Capital could still mistakenly describe it as "a little-known hedge fund".

No longer. Capital's ads have taken on a mad-as-hell-and-not-gonna-take-it-any-more feel. "American Funds has done what sceptics claim is impossible," says one. "Don't buy the myth. You can beat the index," says another.

Mr Armour has even taken on Warren Buffett, whose latest annual letter to Berkshire Hathaway shareholders exhorted readers to put their money into cheap index funds. "We agree that the average investment manager does not outpace the market over meaningful time horizons [but] Mr Buffett and others acknowledge that there are exceptions," Mr Armour said when the letter came out.

Capital's fightback against passive is not just about marketing. In perhaps its boldest gambit, it is aiming to change the rules of engagement, by eliminating something it says tilts the battlefield in favour of ETFs: distribution fees.

These fees are passed on to distributors such as broker-dealers, and come on top of the fee that managers like Capital charge, potentially doubling the cost (or more). Mutual fund performance is calculated net of fees, which means active managers not only have to beat the index, they have to beat it by more than the fund's fees to be deemed a success, and distribution fees make that hard. Capital won permission from regulators this year to start selling what it calls "clean shares", which, unlike most mutual fund share classes, do not include a distribution fee baked in.

Clean shares will include only Capital's own management fee. Investors may not necessarily see the benefit - brokers will add their fees by another means - but clean shares will automatically record better performance numbers than traditional mutual fund shares. If clean shares catch on, the statistics will start to show fewer active managers falling short of the index.

Capital is also trying to burnish its bond business. In 2015 it poached Michael Gitlin, head of fixed income at mutual fund rival T Rowe Price, to lead its bond team - an unusual move for a company that prides itself on promoting internal talent rather than hiring outside stars. Mr Gitlin has even been promoted to its management committee.

Mr Gitlin has gone on a hiring spree, snapping up about a dozen people to boost the asset manager's capabilities in junk bonds, emerging market debt and municipal finance among other areas.

The bond business is now growing at a healthy clip, from $225bn at the start of 2015 to $263bn by the end of last year. Mr Gitlin is targeting $500bn of assets in the next four to five years. "The business has a substantial size already, without scratching the surface of what we can do," he says.

Capital's culture is different from many other investment groups, and was primarily shaped by its former head Jon Lovelace, whose daughter once labelled him a "Buddhist businessman" for his distaste of hierarchy.

The company was founded in 1931 by his father Jonathan Bell Lovelace, a former stockbroker who dodged the 1929 crash. But its egalitarian "multi-manager" system was fostered by the son, who wanted to ensure Capital would not suffer the "key person" risk that has bedevilled rivals, where the brand of one star money manager overshadows the fund.

Each of Capital's funds is run by a team of sometimes more than a dozen portfolio managers and analysts, all of whom are responsible for investing independent slices of the fund, adding up to hundreds of individual stock picks. Critics argue that such a broad approach means its performance is likely to hew closely to the broader market index; active managers are increasingly electing to place fewer but bolder bets, making their funds look more like the concentrated portfolios of a hedge fund manager or a Mr Buffett.

That is the direction taken by Dale Harvey, who quit as a portfolio manager at Capital in 2007 to launch Poplar Forest. But he concedes his approach may not be right for the more conservative savers targeted by Capital's American Funds, who want insulation from market rollercoasters.

The company's bonus structure is also heavily tilted towards rewarding long-term performance. Almost half of compensation is tied to results over eight years - while most other asset managers rarely reward performance beyond five years. "Capital is a get-rich-slow kind of place," Mr Harvey says.

Fund managers hope US president Donald Trump's unorthodox policies might usher in a new market era that will be kinder to active asset managers, who struggle when assets rise and fall in unison, but thrive - at least in theory - when turbulence causes divergence.

"A more volatile world, I think, is good for us. It fits right into what we do well and so we're pretty excited about what we see coming down the pike," says Mr Armour.

Yet so far the evidence of a stockpicking renaissance remains elusive. And the central challenge confronting Capital is that the shift in investor preferences towards cheap passive investment vehicles seems so seismic that even strong performance can only ameliorate the trend.

The assets of Capital Group's biggest fund - the Growth Fund of America - peaked at $193bn at the end of 2007, when it was almost twice the size of State Street's SPDR S&P 500 ETF, the biggest US equity ETF. But at $155bn today it is now one-third smaller than its passive rival, despite returns in the top decile over the past five years.

"Over the last couple of years there's just been this great sucking sound of money flowing out of active and into passive," says Marc Pinto, the head of Moody's asset management rating division. "You'll always have the old masters - the Van Goghs that tend to over perform over time - but there just aren't that many out there. Cheap is good, but even cheaper is better. That is the mantra of markets at the moment."