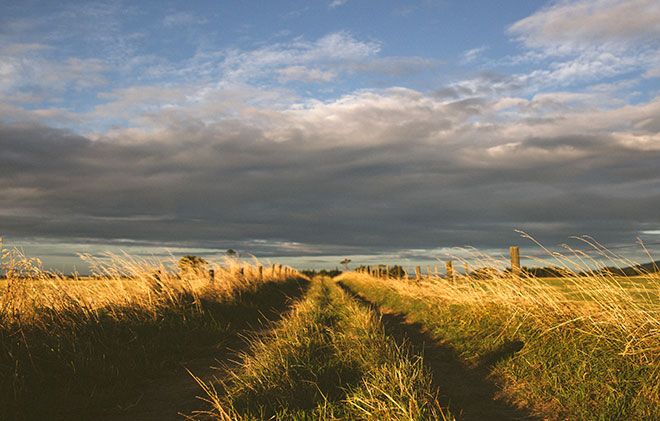 The Canada Pension Plan Investment Board is about as Canadian as an institution can be — except on the Saskatchewan prairie, where it has in effect been labelled an outsider.

Saskatchewan this year outlawed all pension plans from buying farmland. It was a move to clip the ambitions of CPPIB, one of the world's largest pension fund managers, which had already scooped up 115,000 acres (46,500 hectares), and to calm a powerful constituency of farmers in the country's agricultural heartland.

"We do not need 'Wall Street' investors speculateing [sic] on our farmland," a 70-year-old resident wrote to Saskatchewan's agriculture minister ahead of the policy change.

The wheat, canola seed and barley fields of Saskatchewan are among the many fertile regions where big money has been scouting for land — and encountering conflict. Financial investors own tracts that grow corn and soyabeans in Illinois and Uruguay, almonds and cattle in Australia, and sugar beets and wheat in Poland. Some are venturing into countries with potentially volatile politics such as Ethiopia and Ukraine. CPPIB's land purchase in 2014, aimed at enhancing its investment portfolio for 18m retirees, led to a backlash in a province that accounts for 40 per cent of Canada's farm area.

The Financial Times, in a series of stories, is examining how such land is evolving as an asset. The size of investors' war chest is difficult to determine, but it is growing. Last year, 17 agriculture or farmland funds raised $3.9bn, up from the $500m raised by five funds in 2009, according to Preqin, a data provider.

Chris Erickson of Parsonage Lane Advisors, a consultant, estimates that global farmland investment among asset managers, pension plans and sovereign wealth funds has reached a total of $42bn-$45bn and others see a notable uptick. "Over the last 10 years it has started to gain traction as a staple in an institutional real asset portfolio," said Brent Burnett, managing director of Real Asset Portfolio Management, a consultant to investors.

The asset class is attracting more attention as investors diversify away from stocks and bonds and bet that people will eat richer food on a more crowded planet. As populations and incomes grow in Asia, Africa and other developing regions, rising demand for meat, dairy and nuts is transforming farmland. Investment is "one of the most important and effective" ways to boost production and economic growth, reduce poverty and strengthen food security, says OECD-UN Food and Agriculture Organization in its latest outlook.

It has also reaped good returns: in the US, an early recipient of institutional money, the NCREIF Farmland Index has routinely racked up annual performance of more than 10 per cent.

The largest private farmland investor, TIAA, has amassed more than 1.6m acres across hundreds of properties in the US, Brazil, Australia and eastern Europe in the past decade. The US-based asset manager, formerly known as TIAA-CREF and which was founded to serve university teachers, just closed a second $3bn farmland fund. A recent presentation touted a $2bn pipeline of more than 100 properties on 1m acres.

Jose Minaya, president of TIAA's global real assets division, told the FT that the group sought to buy land in big agricultural exporting countries and lease it to farmers, with plans to hold the properties for 20 to 30 years. He estimated less than 1 per cent of "institutional quality" farmland was in the hands of financial investors. "You are in the very early stages of this," he said.

Farmland is not a uniform asset class. Values vary based on countless factors. Assembling fragmented parcels into one is a costly, time-consuming process. "Farmland is not 'a market' — it is an almost infinite number of individual markets," Randall Pope, chief executive of Westchester Agriculture Asset Management, a TIAA subsidiary, wrote in a company newsletter.

Many promising countries lack good roads, a solid rule of law or both. Ukraine, whose black soils are among the most fertile on earth, requires investors to lease land from the government or people who own land as a result of post-communist restitution. After Russia in 2014 annexed Crimea, in south Ukraine, Mr Pope noted a few months later that circumstances made "international business dealings dicey and US investment in farmland virtually impossible".

Some investors are trying. Based in New York, the $3bn NCH Capital has accumulated about 1.7m acres across more than 80 farms in Ukraine and Russia, making it one of the world's largest farm operators, according to its website. "We have been guided by one simple premise," a company video says. "If you invest in those pockets of opportunity where the capital shortage is at its most severe, and therefore at deep, deep discounts, then not everything needs to go right, even most of the time, in order to make money."

Duxton Asset Management of Singapore has more than $300m in direct farming investments in 12 countries as diverse as Argentina, Australia, India, Tanzania and Vietnam, says Desmond Sheehy, managing director. Duxton has operations on 1.3m acres cultivated by 500 managers and more than 13,000 workers. "We tend to invest into actually growing the product," says Mr Sheehy. "Most investors shy away from that because of the potential reputational risks associated with these types of investments."

Farmland investing entered the public consciousness after the 2007-2008 food price crisis, when grain shortages led to panic buying and investors piled into agricultural enterprises. According to the OECD-FAO report, it led some investors "simply to speculate on land prices".

Today, agricultural commodities prices have slumped to their lowest levels in a decade amid bumper harvests and weaker government support for biofuel. Some would-be sellers have consequently clung to their land, leaving investors unsated.

Some non-governmental organisations decry large-scale acquisitions as "land grabs", a term that underscores the tensions about outside investors. Devlin Kuyek, a researcher with Grain, a Spain-based non-profit organisation that supports smallholders, said the term defined land ownership as a political issue. "We don't see it just in terms of legal definitions. It has a lot to do with legitimacy and who are the people that have legitimate rights to that land, and also the model of development."

A report published in November by Grain and Brazil's Social Network for Justice and Human Rights called into question TIAA's investments. In 2010, Brazil limited foreign investors' purchases of large tracts of land. Grain's report said TIAA partnered with sugar producer Cosan to buy farms, including several controlled by businessman Euclides de Carli who has been accused of uprooting farmers by force.

Cosan confirmed that its venture with TIAA bought land controlled by Mr de Carli, but said it had carried out all necessary due diligence. Prosecutors in Brazil say they investigated Mr de Carli in 2007 and 2008 but no finding was made against him.

Mr de Carli denied any wrongdoing, telling the FT: "All that I have has been bought". He said the accusations were the result of a conflict with a local politician who used his parliamentary immunity to launch a smear campaign against him.

TIAA in an email said that "the allegations of wrongdoing in the Grain report are inaccurate and without merit". TIAA and some other big investors in 2011 signed up to guidelines called the Principles for Responsible Investment in Farmland that promote ethical conduct.

The landscape for investors can be rutted with restrictions. Several US states including Iowa, the biggest corn grower, have long prohibited corporate ownership of farms. Investors in many parts of the world may lease, but not own land.

Brent Bechtle, head of agriculture funds at Proterra Investment Partners, a recent spin-off from the agribusiness Cargill, views farmland as "kind of an emotional sector". Proterra has raised almost $800m since 2010 in three farmland funds already active in Australia, Colombia, Mexico and Paraguay.

"People get nationalist about it. They get patriotic about it. I think that's true everywhere in the world."