There is indeed a great rotation, however it's towards ‘value’ stocks 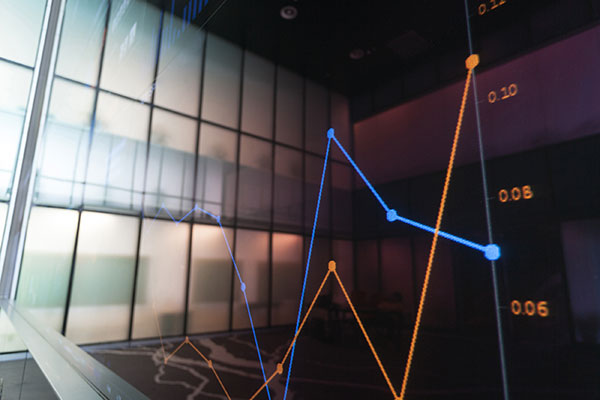 The “great rotation” is back in the news. For the uninitiated, this is the concept that at some point money will flow out of bonds and into stocks as the historic bull market in bonds finally begins to turn. For some, it is only a matter of time; for others it is a fallacy.

But another slightly lesser rotation is undeniably under way. Within the equity market, a rotation in favour of the ‘value’ style of investing - buying stocks because they are cheap compared with their fundamentals - is under way. This is a big development and follows eight years of value underperformance. The question is whether it can be distinguished from the rise in bond yields and the strengthening belief that economic growth is returning.

Meanwhile, the momentum style, which capitalises on the tendency of winning stocks to keep winning and losers to keep losing, has suffered a serious reverse.

Style Research of London holds all other factors constant to examine how different factors contribute to stock performance year by year. The factors that are considered part of the value style - a cheap price-to-book ratio, high dividend, earnings and cash flow yields, and low price compared with sales and to earnings before interest, tax, depreciation and amortisation - monopolised all the top spots in 2016, having occupied the basement in 2015.

This was an unprecedented rotation from “worst to first”, and it was virtually universal, with developed markets outside the US showing almost as strong a move towards value as the US itself.

Why might this be related to the shift in the bond market? The rival “growth” style - which involves paying for companies that can show clearly growing earnings or revenues - is most popular when growth is thought to be in short supply. With earnings stagnating or suffering an outright decline for much of the past two years across the developed world, investors were prepared to pay up for growth.

Why might this be related to the shift in the bond market? The rival “growth” style - which involves paying for companies that can show clearly growing earnings or revenues - is most popular when growth is thought to be in short supply. With earnings stagnating or suffering an outright decline for much of the past two years across the developed world, investors were prepared to pay up for growth.

Should we shift back to a fear of deflation, then the value style could be vulnerable once more. BlackRock's investment institute this week published a chart mapping the relative performance of value equities against bond yields, and the overlap was startling: value started its significant outperformance when bond yields turned up last year.

If this has been a good time for value, however, medium-term momentum is now the worst-performing style, according to Style Research. Such reversals are an occupational hazard for momentum traders, but they are unpleasant when they happen.

For example, Amazon saw a share price drop in February last year, followed by renewed strength until November, and then another reversal. A momentum strategy based on 12-month momentum would have been hit by Amazon twice during the year, as it would have bought back a stake in the online retailer by the time it suffered its November reverse. Moves in Bank of America were the opposite, Mr Nelson pointed out. Style Research’s high momentum strategy would not have included the stock during the year and would have been wrongfooted by its price rise in Nov 2016.

Another popular style that had a bad year after a protracted period of outperformance was low volatility, which always looks better in times when there is a surfeit of volatility. The money exiting from low-volatility exchange traded funds may itself have helped strengthen the rise of value stocks later in the year.

Another intriguing shift during the year concerned high-yielding equities, which have been popular throughout the post-crisis era as bond substitutes. A high dividend yield is usually one of the main factors that value investors look for, but it had become detached from other value factors. It ended the year as one of the strongest performing factors, but only by a very different route.

The performance of S&P's Dividend Aristocrats index made this clear, as it traced the turn in the bond market almost perfectly, beginning to underperform in midsummer. Some sectors that might normally benefit from growth, such as real estate, had grown so tied up with the trend for yield investing that they also fell once bond prices turned downwards.

For a longer-term trend, value in the very long term has tended to outperform, but moves in very long-term cycles. Bond yields also, of course, tend to move in very long-term cycles; if last summer really did mark a turning point, it ended a bull market that had lasted more than three decades. So it looks fair to hope that value can enjoy a few more years of outperformance, as rates return to normal, and investors can feast on stocks that have been undervalued for years during the era of low bond yields.

There is only one caveat, but it is a big one: if we do not see a great rotation from bonds to stocks, and bond yields drop significantly once more, then value equities will be vulnerable.