How Apple and co became some of America's largest debt collectors 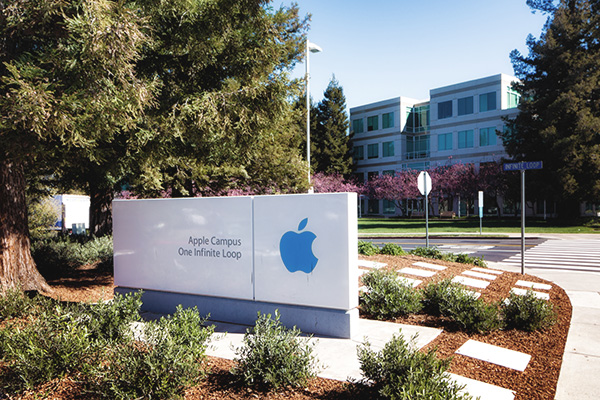 A new buyer has emerged in the $8.6tn US market for corporate debt in the years since the financial crisis. It is not a hot new hedge fund or traditional asset manager on Park Avenue. Instead it is the very sellers of these bonds themselves: companies such as Apple, Microsoft, Amazon, General Electric and Ford.

Together, 30 US companies have amassed a portfolio of cash, securities and investments worth more than $1.2tn, according to a Financial Times analysis of filings with the Securities and Exchange Commission. The figure dwarfs the holdings of some of the country's largest asset managers and has made the likes of Apple, which holds more than $150bn-worth of corporate debt itself, investment managers in their own right.

As cash piles have grown, these companies have ventured into riskier corners of financial markets, investing in corporate and securitised debt. Some have established their own trading desks and now run multibillion-dollar lending operations, businesses typically left to financiers on Wall Street. Others outsource that work to established portfolio managers.

"To put it into perspective, if US corporate cash was a country it would rank in the top 10 by gross domestic product," says Rick Rieder, BlackRock's chief investment officer of fixed income. Adding that it is "concentrated" in just 30 companies.

If a rather blunt comparison, there is no doubt that these companies have become a force in financial markets, assuming risks far beyond their core businesses and putting them at the centre of the debate over corporate tax cuts that has pitted Congressional leaders and the Trump administration against one another. Their holdings of hundreds of billions of dollars of cash and other investments overseas represent a mouthwatering prize for President Donald Trump if he can recover the money.

These companies, each with more than $10bn of cash, equivalents and other financial investments, own roughly $423bn of corporate debt and commercial paper securities, $369bn of government and agency debt and disclose holdings of more than $40bn of asset and mortgage-backed securities.

The cash has built up over decades, the result of corporate America's expansion abroad but also its reluctance to pay taxes on those foreign profits. In 2015 cash and other financial assets held by non-financial companies topped $2tn for the first time, according to the Federal Reserve.

Given the rally in debt markets in recent years, companies are likely to be sitting on long-term gains, but the dive into debt has also opened them up to new risks. Central banks are starting to remove stimulus and the Fed has begun to lift interest rates. Several high-profile investors have sounded concerns over high bond prices this year, warning that valuations are stretched and any uptick in inflation could hit bond markets.

The sensitivity of these bonds to changes in interest rates — the value of bonds fall as rates rise — is the "single biggest risk" for companies investing excess cash, says Jason Granet, deputy head of liquidity solutions for Goldman Sachs Asset Management.

Companies such as Apple, Oracle and Priceline that invest in corporate bonds tend to put their money into highly-rated securities, with some only purchasing bonds deemed single A or higher by the rating agencies. And typically they seek to limit investments to short terms, to avoid the greater swings inherent in longer maturing bonds.

Another reason for the change in company investment strategies lies in the depths of the financial crisis, which challenged the long held belief that money market funds — conservative funds that invest in short-term debt — were foolproof. When the Reserve Primary Fund exposed investors to losses as the fallout from Lehman Brothers' bankruptcy spread to an investment class considered to be among the safest, custodians of cash began to rethink their approaches.

These investors, including corporations, have since diversified. With central banks keeping interest rates at zero, holding cash or ultra-short-term investments became even less attractive.

"If you know you're not going to use the money, there is a high cost of keeping that liquidity," Mr Granet says.

As a result companies park significantly less of their excess cash in money market funds and time deposits. Fed data at the end of March show companies have lowered their holdings of both to just over half of their overall cash, equivalents and selected investments, from 61 per cent pre-crisis.

"Institutions that would traditionally invest in money market funds are starting their own trading desks," says Michael Saunders, who heads investments and trading within BNP Paribas's securities lending business. "The role of treasurer is evolving into a liquidity manager." Hans Tallis, a managing director with Wells Fargo who advises companies on investments and market risk, notes that after some companies found success buying corporate debt, others followed suit. "They tend to exhibit herd behaviour," he says.

The trend has both fed on, and driven, lower corporate borrowing costs. Highly-rated companies can borrow in the US bond market at roughly 3.1 per cent, according to Bank of America.

"[Companies] are a big component of the buyer base, particularly in the short end," says a New York banker who helps sell corporate debt. "Others used to be purely Treasury focused but have since moved down the credit spectrum."

While financial advisers applaud such diversification, companies have made themselves more vulnerable to any uptick in rates. If interest rates rise, corporate borrowing costs will climb in tandem. At the same time, they could see losses on the bonds they own.

Driving the shift into fixed-income markets is the desire to preserve the value of billions of dollars of profits trapped abroad. Roughly $840bn of the $1.2tn portfolio of cash and equivalents, securities and other investments the FT analysed were held outside the US.

The volume of corporate bonds held in lower tax jurisdictions such as Ireland and Bermuda has risen rapidly in the past five years. Both countries rank among the 10 largest foreign holders of US corporate bonds, according to the US Treasury . The US taxes the global income of US corporations, but allows them to defer paying tax indefinitely on foreign profits that are reinvested abroad.

"There's a high tax hurdle on companies bringing their income back to the US," says Jon Traub, managing principal of tax policy with Deloitte. Yet those conditions may not persist, if the tax reform promised by Mr Trump during his election campaign succeeds.

The US has taxed residents on global income since 1913. And companies have been engaging in some form of profit-shifting overseas to reduce tax ever since they started expanding abroad after the second world war.

Until recently, many other developed countries did the same. But the number of OECD members with a global corporate tax regime dropped from 20 to six between 2000 and 2015, according to the Tax Foundation, providing more destinations for companies seeking to relocate or shift profits and investment.

"Other countries have increasingly realised that capital is mobile, and if you try to put too high a tax on capital it can move, and it will," says Pam Olson, deputy US tax leader for PwC.

While the specifics of any tax policy reform remain unclear, a joint statement from the White House and Congress in late July said officials are working towards "a system that encourages American companies to bring back jobs and profits trapped overseas".

But with a significant share of cash tied up in long-term investments, companies will have little incentive to liquidate portfolios early and risk trading losses — and it is highly unlikely that Congress will apply such pressure to do so, say policy experts and lobbyists.

Yet even if new laws do not force repatriation, investor response to policy changes could still bring huge change to the bond market and how companies manage their cash, removing one of the key accelerants of US credit markets.

Apple, Microsoft and others have borrowed to fund activities that are easily financed with cash, like distributions to shareholders and share repurchases. The iPhone maker has raised more than $28bn through debt markets this year to fund, in part, shareholder returns, according to Dealogic. It is cheaper for those companies to borrow than it is to pay tax on repatriated cash.

But there are a number of scenarios that could play out if companies can repatriate cash whenever they choose. Their overall level of bond issuance could decline or the repatriation process itself could involve selling bonds. If investors demand companies return cash the moment it is more cheaply accessible, that could also force some groups to liquidate portfolios quickly, pressuring the bond market. "I would expect investors to be pounding the table to get the cash off the balance sheet as quickly as possible," Mr Tallis says. "Activists could quickly come in."

For Nicholas Colas, an independent analyst, cash-rich companies are in a race against time when it comes to US tax reform. "They need it to happen before rates start ticking substantially higher or risk seeing their cash actually erode in value as interest rates rise. That's not a risk in the near term, but as their bond holdings mature they will face the problem of rising rates."