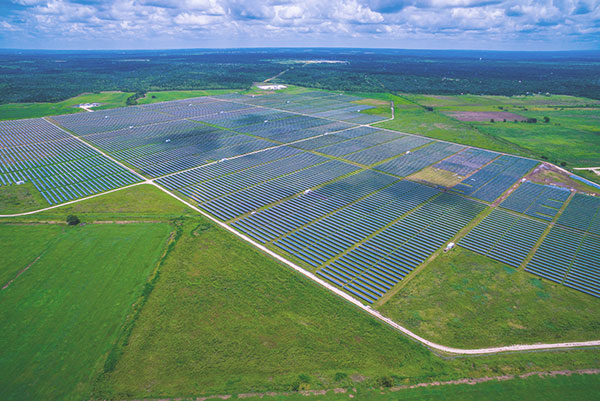 President Donald Trump may not be a fan of environmental regulation, but there is considerable interest from investors in so-called green bonds, which is one of the fastest growing areas of the global fixed-income market.

Moody's, the rating agency, estimates that nearly $93bn of green bonds were issued around the world in 2016, up 120 per cent from the year before. In the US, Moody's puts last year's volume at nearly $15bn, more than 55 per cent higher than a year earlier.

Green bonds are debt vehicles that finance environmentally friendly projects such as cleaner waste treatment systems and the development of renewable energy technology.

Based on growth rates, Moody's forecasts that $206bn of green bonds will be issued globally in 2017, with $23bn of that total in the US.

"No matter what the political environment might be in Washington, green bonds have a lot of momentum already built up at the local level," says Beijia Ma, an analyst at Merrill Lynch who tracks this emerging marketplace. Ms Ma credits the European Investment Bank in Luxembourg for creating the first set of green bonds 10 years ago.

The US did not become a big player until about three years ago. Initially most issuances came from national and local government bodies, but now big companies are entering the market, including the likes of Apple, Bank of America and Toyota.

"The whole idea of impact investing is becoming very popular with our clients," Ms Ma says, referring to a style of investing that aims to produce environmental or social outcomes as well as financial returns.

More than 90 per cent of Merrill's millennial clients - those in their 20s and early 30s - are telling advisers they want to consider such investments as a permanent part of their portfolios. "In the US, we're seeing a much bigger grassroots movement to include green bonds into investment portfolios than in Europe or Asia," Ms Ma says. As a result, she adds, "this type of bond is likely to continue to impact portfolios for years to come."

Benjamin Bailey, a fixed income portfolio manager at Everence Financial, an investment company, is also talking to clients about the benefits of devoting at least a portion of their portfolios to green bonds. Everence, which was founded in 1945 by the Mennonite Church, adheres to a socially conscious investing strategy. The company manages nearly $3bn.

"Although it's a strong area of issuance, green bonds are still a relatively small part of the overall fixed-income marketplace. So we're being careful to be highly selective on which types of these bonds to add to our portfolios," Mr Bailey says.

The proliferation of environmental bonds has created a risk that some projects are "green in name only", says Molly Betournay, an analyst at Pathstone Federal Street, an adviser that manages about $9.5bn. She says she is seeing a rise in "questionably labelled" bonds: "Green bonds still lack uniformed standards to objectively determine what really should be considered as green."

She gives the example of a local government agency that recently issued bonds for a parking garage that were described as being environmentally friendly. The designation as a green bond was supported by authorities as the project included charging stations for electrical vehicles, solar panels and bike parking spaces.

"But this project got a lot of criticism in our community and many of our clients didn't see it as being green enough to make them interested in buying these bonds," Ms Betournay says.

She estimates that green bonds make up less than 1 per cent of global debt markets, and she warns that it is important for advisers to let clients know there are big caveats to investing in such a nascent market.

"While we're encouraging our clients to add some exposure to these types of investments," Ms Betournay says, "we also make sure they understand this is a niche market and should be considered as complements to a more broadly diversified fixed-income portfolio."