Timing the U.S. market a big challenge for passive investors 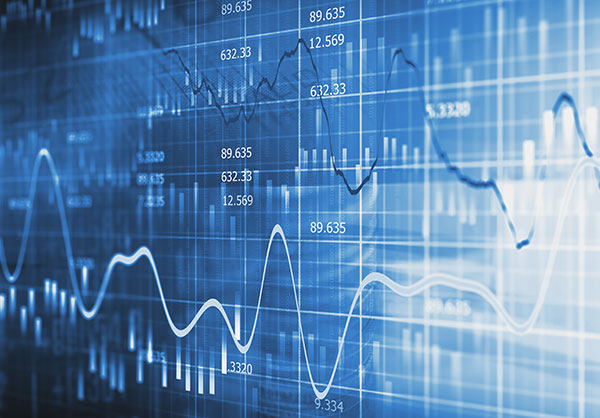 Should we try to time the market? And has the boom in passive investments brought any problems in its wake? The problems are linked and urgent.

The move from traditional actively managed funds to passive indexed funds, which aim merely to track and index and reduce costs, continues to intensify. Meanwhile, if ever there was a point when it might seem right to time the market, and to get out of US stocks, this seems to be it.

The Dow Jones Industrial Average, a widely followed measure of US stocks despite its manifest flaws, has just logged 10 "up" days in succession, its longest such streak since its record run in early 1987. That year saw the Black Monday crash, the biggest percentage daily fall for the US market in history, so this is an ominous precedent. Sharp and unchecked run-ups in price can be a sign of speculative excess.

Meanwhile the US stock market has long looked expensive, and now looks even more so. Judged by price to revenue multiples it has never been more expensive; judged by multiples of cyclical earnings it has only been more expensive before the crashes of 1929 and 2000; and even compared with bonds, which remain very expensive, stocks no longer look unambiguously cheap.

But should you try to time the market? The argument in favour is that successful market timing can make you rich beyond the dreams of avarice. The long-term returns of the stock market are concentrated in a few days. Javier Estrada of the IESE Business School showed that over a period of 40 years, missing only the best 10 days would have cost investors about half their capital gains, while avoiding the 10 worst days would have led to 2½ times the capital gains.

But there are two problems with this. One is that market timing without the benefit of hindsight is hard. The market historians Elroy Dimson, Paul Marsh and Mike Staunton looked at how strategies of market timing based on the ongoing trend in the market would have worked, at the time. Trends and deviations from them are only clear with hindsight.

When they tested a strategy that sold stocks and went into cash every time price-to-dividend multiples went clearly above their historic mean at the time, and re-entered when they had become cheap, in 20 different countries, they found that in all of them it would have been better simply to buy and hold stocks. There is too strong a tendency for market timers to miss out on periods of recovery.

A further problem comes from empirical evidence that, in practice, people are terrible at timing the market. The consumer research group Dalbar frequently publishes surveys showing how much investors actually make from investing in mutual funds. Their methodology is controversial but they invariably find that investors fare worse than the funds in which they invest, because most money tends to go in at the top, and come out at the bottom. Investors, both retail and institutional, tend to be bad market timers.

Holders of passive funds are, then, generally terrible market timers, buying at the top and selling at the bottom. They could also, by buying now, be contributing to the top. The average active equity fund keeps about 3 per cent in cash, according to the Investment Company Institute, while passive funds have negligible cash. Thus a switch of $50bn from active equity funds to passive, intended merely to reduce costs rather than to time the market, leads to an extra $1.5bn being put to work buying stocks. This is helping push the market up and could yet work in reverse if investors start to sell on the way down.

Why are passive investors such bad market timers? They have great clarity over how their investments are doing (indices are published in the news all the time), and can switch very easily. With exchange traded funds, you can switch in and out of stocks several times a day. So the easier it is for us to time the market, the more we take advantage of the opportunity to time it badly.

There is also a problem in the way passive investments are sold. Investment advisers, who these days receive a fee rather than a commission, often offer an asset allocation service, and may well try to justify their fee by moving their clients around more than they need to.

An automated model that keeps a reasonably fixed asset allocation and rebalances often would make more sense. This automatically sells the sectors that have gained recently, and buys those that have grown cheaper, and should be the default option offered to most investors. Such a model would at present be at or close to the minimum permitted in US equities, but would not be out of the market altogether. It is just too easy to miss out on recoveries once out, and also to miss the market's propensity to grow even more irrational.

After all, once the Dow's record winning streak ended in early 1987, there were still seven months, and gains of about 30 per cent to go, before the crash came.