What to watch in metals market in 2018 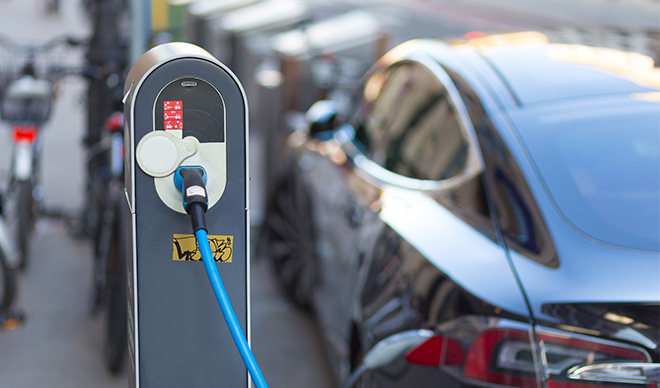 The rally in equities may have stolen much of the attention this year, but metals and minerals have also been buoyant. Helped by solid global economic growth, metals have returned 24 per cent this year, according to the S&P GSCI Industrial Metals Total Return index.

As commodity investors reflect on a successful 2017, here are the key factors that will shape what 2018 holds for precious metals as well as base and bulk commodities.

China vs the rest of the world

As the consumer of about half of the world's raw materials, China will remain the big influence on commodity markets in 2018. Beijing's pollution crackdown and its clampdown on excess capacity should provide a powerful prop for aluminium, steel and iron ore. It will also help offset the effect of tighter monetary policy and slowdown in the residential property market.

Aluminium, in particular, could shine. "With our expectation of Chinese production growth — just 2m tonnes over the coming five years — and domestic demand still healthy, exports will naturally trend lower," says Colin Hamilton of BMO Capital Markets. "The rest of the world has become used to these exports, and in order to solve any reduction, productive capacity outside China will have to be incentivised."

In steel, a shift away from environmentally polluting mills to ones that are more efficient will fuel a need for high-grade iron ore, boosting the profitability of the big suppliers such as BHP Billiton, Vale and Rio Tinto.

But analysts and investors will also be tracking economic growth outside China. With order books filling up and manufacturing activity rising in key industrial countries, a period of restocking could follow. "Usually this marks a later part of the cycle, but also one where commodity prices are well supported," says Mr Hamilton.

Most analysts expect the copper market to be broadly balanced in 2018, with supply being sufficient to meet demand. What could swing the balance is a string of labour contracts that are up for review next year in important producer countries such as Chile and Peru.

Citibank estimates that almost 30 sets of labour contract negotiations are set to take place over the next 12 months, potentially affecting 25 per cent of global copper supply. This includes Escondida, the world's biggest copper mine in Chile, where one of the unions has already held a one-day warning strike.

Against a backdrop of higher prices — copper is close to $7,000 a tonne — workers will be in no mood to give ground easily. As such, industrial action could trigger big price actions next year

Cobalt and lithium, key ingredients in the batteries used in electric vehicles, have had stellar years. Electric vehicles sales are expected to top the 1m mark for the first time. The price of lithium carbonate has risen 36 per cent, while cobalt prices have doubled — luring investors and junior miners to what has been dubbed "battery gold".

Yet the increasing supply of both metals remains a risk for prices next year. One of the world's largest producers, Chile's SQM, is in talks to resolve a dispute over how much lithium it can produce following the election of billionaire Sebastián Piñera as president.

"For Chile, the new round of negotiations could mean the country significantly expanding its lithium output," analysts at BTG Pactual in Santiago note.

A host of new lithium projects in South America and Australia are likely to end the shortage in the market by 2019, which will be followed by a few years of oversupply, according to Bank of America Merrill Lynch.

For cobalt, supply is coming on from Glencore, which is set to double production from its Katanga Mining subsidiary in the Democratic Republic of Congo. If all that comes to the market, it will put the cobalt market into a surplus in 2019, consultancy CRU estimates.

As far as demand goes, China, the world's largest market for electric vehicles, will be key. Beijing is phasing out subsidies for car purchases in favour of a quota system that will encourage manufacturers to produce a certain number of vehicles. Analysts expect the change to hit sales in 2018.

With a gain of almost 10 per cent, gold has had a decent year even if its gains were overshadowed by those for US stocks. After rising above $1,350 a troy ounce in early September, the highest in just over a year, the precious metal has since retreated to about $1,260.

Strategists at Goldman Sachs reckon three forces will drive the price lower over the next few months: continued robust growth in developed economies, further rate rises from the Federal Reserve and the likely absence of severe geopolitical risks or a recession.

However, the metal could still be in demand from investors as hedge both against the risk the bull market in stocks go into reverse and the rise in US national debt thanks to President Donald Trump's tax cuts, according to Jonathan Butler, an analyst at Mitsubishi.

As we go into 2018, gold bulls will take some comfort from data that suggest investors have remained loyal to the precious metal. Investor holdings in gold-backed exchange traded funds have climbed 11 per cent this year to 71.4m troy ounces, according to Bloomberg.

Palladium has been the best performing commodity this year, surging by more than 50 per cent to a 17-year high, as drivers switch from diesel to petrol cars, which use the metal in their catalysts.

In contrast, platinum, which is used in diesel car catalysts fell to a 22-month low in December of $870 a troy ounce.

Palladium's stellar performance has made the metal more expensive than platinum for the first time since 2001, raising fears that carmakers will switch and start to use the cheaper platinum in catalysts.

The big question for 2018 is whether that trend unfolds. The industry-sponsored World Platinum Investment Council said in November that it had "anecdotal evidence" that carmakers are considering switching from palladium to platinum. Any sign of switching is "likely have a considerable impact on short to medium-term platinum demand should it come to fruition", it says.

Still, the advent of electric cars poses a risk to both palladium and platinum, because they use no catalysts.