Why unloading Vitol’s supertanker signals oil rally will go on 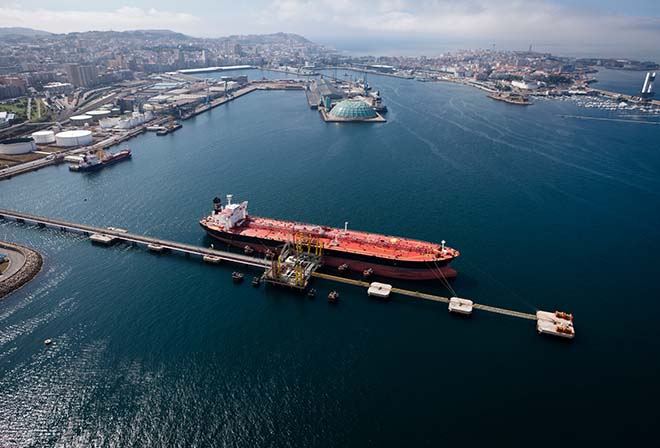 As the thermometer of the Middle East's cold war has crept steadily higher in the past week the oil market has been quick to take notice, with prices soaring to almost $65 a barrel for the first time since 2015.

As the thermometer of the Middle East's cold war has crept steadily higher in the past week the oil market has been quick to take notice, with prices soaring to almost $65 a barrel for the first time since 2015.

But as Saudi Arabia’s crown prince Mohammed bin Salman rattles sabres in Riyadh, newly ensconced in power by his anti-corruption purge, there is growing evidence in the Gulf that oil’s renewed vigour is down to more that just mounting political risks.

Seventy miles south-east of the Strait of Hormuz — the world's most prominent chokepoint for oil supplies as the narrow waterway separating the Sunni Gulf States from Iran — the journey of one of the world's largest ships shines a light on why many energy traders think oil's rally may endure, even if the political temperature should cool.

The Seaways Laura Lynn, a supertanker as long as the Empire State building is high, has sat laden with oil off the coast of Oman for more than two years, carrying a cargo of more than 3m barrels of crude.

This rare vessel has always been a triumph of size over sense. Almost 50 per cent larger than the second biggest (and far more common) size of supertanker, the Seaways Laura Lynn is one of only two ultra-large crude carriers (ULCC) still in ocean-going service, with its unwieldy brethren long ago converted into fixed-position storage and offloading service vessels for offshore oilfields.

But its rareness gives it a special place in the oil market, with its movements offering clues to how some of the most powerful traders view the health of supply and demand.

Vitol, the private trading house run by British-based executive Ian Taylor, was quick to charter the ship when the oil glut intensified in early 2015, as prices spiralled from above $100 a barrel to below $30 a year later.

The trading house parked it near the Strait of Hormuz and stuffed its giant tanks with 3m barrels of cheap crude, with a view to storing it until prices recovered, locking in huge profits in the futures market as similar floating storage plays proliferated in oil hubs across the globe.

Two years on, with Opec and Russia having cut 1.8m barrels a day of supply since January from the market in a bid to finally bring the oil glut to an end, most crude stored at sea has since been drawn down as the market has slowly tightened.

Vitol, however, had hung on, keeping the Seaways Laura Lynn fully loaded just off the coast of the UAE and Oman, even as the tightening market made it less profitable to store oil — and suggesting they were not yet convinced oil's recovery in 2017 had solid foundations.

Even in August when the Brent crude benchmark shifted into a structure known as backwardation, where spot prices trade above future prices, removing the carry that allowed traders to churn easy profits through storage plays, the ship remained laden with its cargo.

This week though, Vitol has finally blinked. The tanker, according to satellite tracking of its movements and draft, shows the trading house has suddenly unloaded the majority of its oil, raising its 380m-long hull out of the water.

According to people familiar with the vessel's operation, most of its 3m barrels have been loaded on to smaller tankers for delivery to hungry refineries, which after a three-year feast during the oil glut are finally having to pay up to get the barrels they need.

The decision to offload has come as demand for oil has soared, helped along by lower prices and some of the strongest global economic growth since the financial crisis. The Opec-led deal has also been effective in drawing down stocks and is expected to be extended later this month.

It is a clear indication that while the headlines pushing oil higher in the short run may be down to Saudi Arabia's growing tensions with Iran, Hizbollah and the Houthi militias it has failed to dislodge in Yemen, many oil traders believe the market has truly turned a corner.

While the amount of crude unloaded from the vessel may ultimately be a drop in the ocean — as the world’s largest independent trader Vitol handles more than 7m barrels a day — its significance carries far more weight than the number of barrels alone.

Demand is up, stocks are tightening, and seaborne storage appears to be yesterday's trade, even for the biggest and savviest operators. In this situation, even if tensions cool off in the Middle East, oil traders are positioning for stronger days ahead for crude.