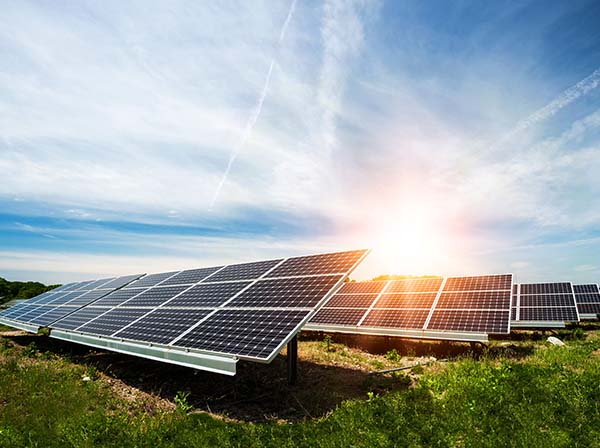 Alphabet bought enough renewable energy last year to match the power needs of all its data centres and global operations, making it the biggest corporate buyer of renewable power in the US.

Neha Palmer, head of energy strategy at Google, the search engine subsidiary of Alphabet, said the company’s energy purchase contracts had resulted in more than $3bn of investment in wind and solar farms globally.

“Investing in renewables makes sense for our business,” she said, pointing to the declining costs of wind and solar farms. “These are long-term transactions with fixed prices . . . the prices in some markets are competitive or even lower than conventional power.”

Alphabet’s investments come at a time when energy demand from data centres is surging, and tech companies are racing to build out their renewables portfolios to keep pace with growing power demand.

Amazon has pledged that its cloud computing business will be 50 per cent matched by renewables in 2017, while Apple has promised to source four gigawatts of renewable power by 2020, and has been trying to reduce the emission footprint of its supply chain.

One challenge for these companies is the demand for cloud computing is growing so fast — and along with it the need for industrial-scale cooling at data centres — that it is hard for their renewables investment to keep pace.

Ms Palmer said that Google’s energy demand growth has been in the double digits every year since she joined the company six years ago, and would likely continue at that pace.

The company has secured 3GW of renewable energy, making it the largest corporate buyer of renewable power, according to Bloomberg New Energy Finance, while Amazon and Apple are in second and third place.

Because data centres are connected to the electricity grid, it is usually not possible to power them directly entirely from renewable sources. Under its matching programme, Alphabet secures contracts for renewable energy and then sells the power that it does not use on to local markets.

Now that Alphabet has met its 100 per cent renewable matching target, Ms Palmer said the company’s next step would be to work towards getting more direct consumption of renewable power in its data centres, including more investments in energy storage and advocating for policy changes in electricity markets.