Bring on the robots but reboot our societies too 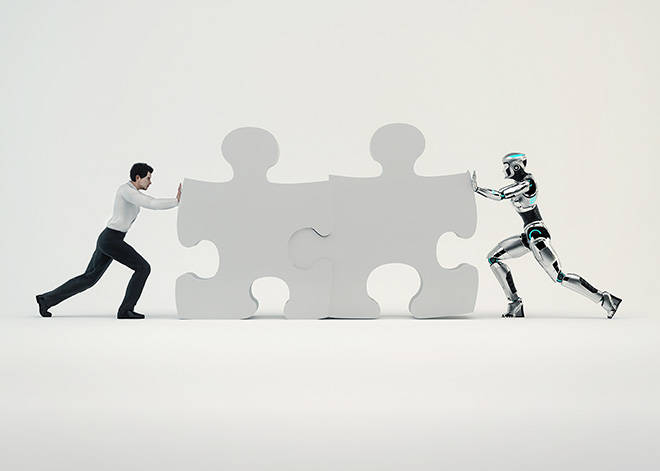 "The catastrophe didn't happen then, and it is extremely unlikely to happen now," he wrote in an article three years ago. "The fear of automation is rather like the fear of collision with an enormous asteroid."

As the Financial Times series on robots has shown this week, there are good reasons to believe that the latest cycle of innovation will be more creative — and potentially more destructive — than many previous technological surges. The mass application of robotic technology driven by astonishing advances in machine learning promises a leap in productivity but also threatens many traditional jobs.

In many respects, this revolution can enhance human capabilities, as much as replace them, as man and machine work together. Although it is easy to envisage the old jobs that will be destroyed by this transformation, it is harder to foresee the new jobs that will be created. Mr Solow's warnings about the excesses of our emotions and the limits of our predictive powers are worth bearing in mind.

Still, there are areas where we should act to ease the disruption that is already jangling our societies.

First, technological change appears to have contributed to the polarisation of the workforce in advanced economies. Many high-skilled, high-paying jobs have been created along with low-skilled, low-paying jobs. But middle managers have been squeezed.

Second, technology has exacerbated inequalities of wealth. Given the power of network monopolies, the fruits of technological change are ever more likely to accrue to a few powerful companies and their owners. Even some of the mighty tech titans of Silicon Valley seem unnerved by such imbalances.

Third, the rapid advances in robot technology raise all kinds of moral challenges and societal trade-offs that need to be considered. For example, how quickly should governments pass the regulations needed to enable the mass adoption of self-driving cars, which could save thousands of lives a year but destroy millions of jobs? Should autonomous weapons systems be banned from the battlefield?

Finding answers to such complex challenges will not be quick or easy. So it would be wise to start exploring possible solutions today. Our education systems, which generate intense bursts of learning at the beginning of our lives, seem hopelessly outdated in preparing the workers of tomorrow. More flexible institutions are needed, focused on lifelong learning.

Similarly, our creaking welfare states will have to be rethought. Next month, Switzerland will hold a referendum on whether to introduce an Unconditional Basic Income.

Although this measure seems premature today, it is worth running data-driven pilot projects to test the concept's future viability. More effective tax regimes and smarter forms of wealth redistribution will be needed to ease our social strains.

Such challenges would be difficult to address at any time; all the more so when populism is on the rise. For the moment, we should remain more worried about the collective sub- intelligence of humans than the superintelligence of machines. Luckily, we have the technology to help.