Five technologies that will change how we live 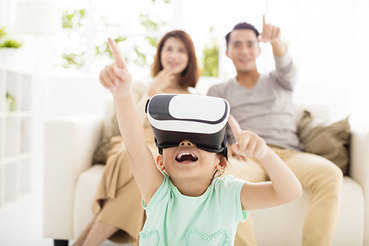 Since the early 2000s, the cost of sequencing a human genome - determining the precise order of nucleotides within DNA molecules that defines who we are - has dropped sharply. A genome that cost $100m to sequence in 2001 can today be sequenced for roughly $1,000.

This plummeting cost, along with the shortened timescales for sequencing DNA, has led to a revolution in biotechnology: gene hacking, or the ability to turn genes on and off, and to manipulate biology to our advantage.

The most radical branch of this new technology is "gene editing" - a process by which our DNA code can be cut and pasted using molecular "scissors" for a variety of applications, including curing diseases such as cancers and HIV. Until recently, swapping the code was an arduous process. A new DNA cut-and-paste tool known as Crispr has made the process unexpectedly simple.

Crispr has been used to create disease-resistant strains of wheat and rice, alter yeast to make biofuels and reverse blindness in animals. Ultimately, it could be used to edit defects out of human embryos.

Artificial intelligence is not science fiction: it is already embedded in products we use every day. Apple's Siri assistant, Amazon's book recommendations, Facebook's news feed and Spotify's music discovery playlist are all examples of services driven by machine learning algorithms.

This decades-old science is enjoying a renaissance today because of the deluge of data created by smartphones and sensors, and the supercomputing power that is available to crunch that data. According to technology research firm Tractica, the AI market will grow from $643.7m in 2016 to $36.8bn by 2025.

The next step is artificial general intelligence: an algorithm that will not have to be taught a specific skill such as a game of chess or a new language, but will acquire it through trial and error, just as a child does. Companies such as London-based DeepMind, owned by Google, and others are working to make this a reality.

This aims to keep the global average temperature from rising more than 2C above pre-industrial levels and to attempt to keep the increase under 1.5C. Keeping this promise will require more renewable energy research over the next decade.

In energy, researchers are trying to build a nuclear fusion reactor that would tap the same process that causes the sun to give off light and heat to create a source of clean energy. An intergovernmental partnership is building a $19bn fusion reactor, ITER, in France. Other innovations include artificial photosynthesis to make hydrocarbons in laboratories to power cars, and high-altitude wind power that involves kites and hot-air balloons acting as aerial wind turbines.

Iceland is investing in geothermal technology, drilling for heat energy underground. Thirty years ago it started by using geothermal resources to heat towns and cities. Now, the entire country's electricity and heating systems are powered almost fully by renewable energy, including geothermal and hydropower.

WiFi - a household staple that modern children take for granted - turned 25 last September. As more objects connect to the "internet of things" - an estimated 50bn of them by 2020, according to estimates from technology company Cisco - the future of WiFi lies in reducing the power it drains from internet-enabled devices.

One innovation, invented by students at the University of Washington in Seattle, is known as "passive WiFi" which its inventors say consumes 10,000 times less power. It is currently slower than regular home broadband, but would work well for applications such as smart thermostats or lightbulbs. The WiFi community is also looking to develop higher-frequency bands that would be used over a limited range, such as in a house or car.

Ultimately, WiFi itself could be replaced by a new superfast alternative called Li-Fi, which uses light to beam information through the air, instead of radio waves. Lightbulbs would act as routers for this technology. A pilot study earlier this year found that a Li-Fi prototype could send data 100 times faster than WiFi, allowing dozens of movies to be downloaded in minutes.

Almost two-thirds of the human population is connected to the internet via smartphones, but these devices are not the only portal to the web. In 2016 there were 6.4bn connected things - excluding PCs, phones and tablets - in use worldwide, up 30 per cent from the previous year, according to technology analyst Gartner. The internet of things, as it is known, is this universe of objects - everything from cars to printers, lightbulbs to thermostats - that are no longer "dumb", static things: they can learn your habits and be controlled remotely using an app.

The stereotypical smart appliance is the self-stocking refrigerator that replenishes your milk automatically. This innovation will replace a lot more than the sniff test. Cars are now computers, running more lines of code than the Apollo 11 spaceship on its way to the moon. As these computers become more intelligent, cars will drive themselves, potentially reducing traffic-related fatalities. Smart sensors can also transform industry, for instance by monitoring goods during transport, helping utility companies to measure energy usage and logistics companies to track vehicles over long distances.