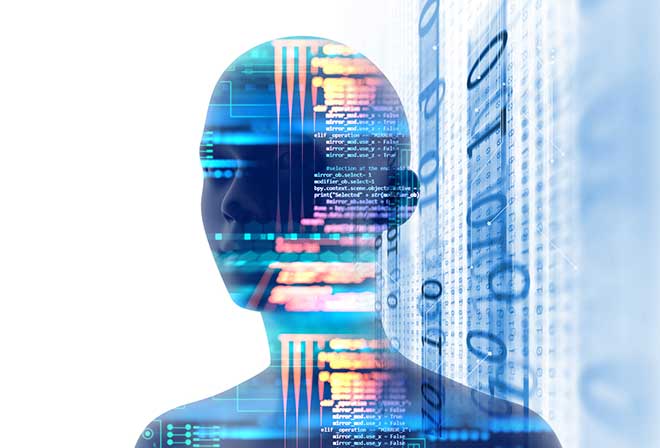 One of the most complex professions in the world is at risk of being replaced. By a selfie.

Selling life insurance has traditionally involved an in-depth assessment of the customer by a qualified underwriter using a well-worn set of actuarial models. Not any longer. Lapetus, a US-based start-up, believes a selfie can replace much of that. Customers email in their finest self-portraits and the computers do the rest, scanning the picture and analysing thousands of different regions of the face.

They are looking not just for basic information such as gender but for clues about how quickly the person is ageing, their body mass index and whether they smoke. Armed with this and other information from customers, the computers come up with what Lapetus says is a far more accurate prediction of life expectancy than traditional methods can provide. And the whole process takes only a few minutes.

No wonder the insurance industry is worried about the advance of technology and the potential for artificial intelligence to revolutionise the way it works. Last week about 150 young insurance professionals attended a presentation in London entitled, "Our Industrial Revolution: What does it mean for us?"

They are not the only ones fretting about the future. At Berkshire Hathaway's annual get-together in Nebraska this month, Warren Buffett warned about the risk of disruption to insurance from AI, in the shape of driverless cars.

"We've been going backwards and forwards on AI for 15 to 20 years, but I believe we're at a tipping point because of the advancement of algorithms, storage in the cloud and computing power," says Nick Daffan, chief information officer at Verisk Analytics, a data analysis firm.

This provides opportunities for the industry to improve the way it works, but there are also dangers — and not just that industry specialists will be replaced by machines as algorithms become more powerful. In the long run, the bigger challenge is that machines could undermine the industry by giving customers better tools to decide whether insurance is even necessary.

Data analysis is nothing new in insurance, an industry built on the use of statistics to assess risk. But AI expands the amount of data that can be analysed and the way it can be used.

Tech-savvy insurance start-ups are already circling. They see an old-fashioned industry, bloated on fat profits made in the past and complacent about the scale of change required. Some are aiming to work with insurance companies to develop new techniques, but others want to disrupt the industry and grab a slice of the market.

At a recent ceremony in London's O2, 11 insurance start-ups backed by an organisation called Startupbootcamp pitched their plans to potential investors and customers. Nine of them were basing their business plans on some form of AI or machine learning. They included Aerobotics, which is applying AI to aerial photos of farms to help provide crop insurance, and Emerge, which uses machine learning to help insurers improve efficiency.

Lapetus promises to use facial recognition technology to discover how healthy you are using a selfie. Another potential avenue for the industry is using social media profiles to predict lifestyle habits and risks. But there is controversy over whether genetic data will eventually be used in pricing life and health insurance.

"The start-ups are showing what is possible and what can be done," says Henrik Naujoks, a partner at Bain & Co, a management consultancy. "A lot of incumbent executives are looking at it — they don't really understand it but they want to get involved."

Investors are keen for a piece of the action. According to Accenture, AI was one of the most popular themes in insurance tech investment in 2016, capturing more than $500m of funds.

"The view that AI can have a near-term impact is starting to pick up," says John Cusano, global head of Accenture's insurance practice. "Insurance is still a very manual experience."

For now, the impact of AI in insurance has been minimal. "It is definitely a disruptive force, but you could count on the fingers of one hand the number of insurers who have implemented it at scale," says Nigel Walsh, a partner at Deloitte.

Insurers say that, at the moment, AI is a tool that helps them rather than a disruptive threat. Those using AI are focusing on upgrading their data-processing capabilities, or improving the way that they communicate with customers by using chatbots.

UK insurer Aviva is experimenting with AI. "At its most basic, we absolutely use robots and AI," says Andrew Brem, Aviva's chief digital officer. "In our administration teams, there are lots of repetitive tasks which until now were done by humans. Algorithms are typically 15 times more productive."

Claims handling is another area attracting interest. Insurers say that AI can improve claims processing and help to spot fraud. Japanese insurer Fukoku Mutual Life has started to use an AI system developed by IBM in its claims department, while McKinsey forecasts that between 2015 and 2025 some western European insurers will lose up to a quarter of their staff as automation takes hold.

Use of drone technology is revolutionising crop insurance. The start-up Aerobotics says it can map terrain in 3D and check plant health from the air. Use of big data in combination with mapping technologies can also be used to look at issues such as flood risk.

Mr Brem at Aviva admits that the real excitement lies elsewhere. "The interesting area is using data to predict risks better, for example using data to better predict medical risks. We look for relationships that traditional techniques would not necessarily pick up," he says.

This is where AI and big data are expected to shake insurance up: not in processing and customer service, but in core skills such as underwriting, where the insurers assess — and price — each customer's risk.

"Where we see machine learning changing the industry is in how the world models and understands risk," says Henry Burton, who runs Artelligen, a start-up aiming to bring AI into commercial insurance.

Computers, so the argument goes, will be much better than human underwriters at analysing the vast amount of new data created each day. "Without question, machine learning will replace statistical models. The amount of data we create is astonishing. Driverless cars create four terabytes a day of data. Statistical models cannot handle that amount of data," Mr Burton says.

Last year Admiral, a UK-based car insurer, experimented with using the language in Facebook posts to make predictions about driving behaviour. Excessive use of exclamation marks, for example, could suggest overconfidence.

Facebook got cold feet at the last minute and the project was pulled, but Admiral will not be the last insurer to look for predictive patterns in new and unexpected places. Armed with this vast array of data, experts say computers will be able to assess in far more detail how risky each customer is, and how much they should be charged.

The trends are enough to make human underwriters nervous. Oxford university has published a study of which professions are most susceptible to automation. It examined 702 jobs, asking machine learning and robotics experts to analyse the tasks involved in each one. Insurance underwriting was very near the top of the list, with only four professions seen as more at risk (telemarketers took the top slot).

Underwriters may turn out to be more resilient than that study suggests. Christos Mitas, vice-president of model development at data analytics group RMS, says: "We have not reached the point where it is totally automated. We have not reached an unsupervised state where the algorithm works for itself — it still needs supervision."

Driverless cars could revolutionise the sector by removing human error and thus cutting accidents. Meanwhile big data and telematics are helping to spot fraudulent claims. Plans to analyse social media to work out who is more prone to risky behaviour have been rejected so far.

Brian Modesitt, a managing director at Two Sigma, the computer-driven investment manager, says: "In some markets insurance is more bespoke so artificial intelligence will be more of an enabler. Machines won't replace people everywhere. Some things are too complicated."

Regulation will also be a factor — insurers have to be able to explain the pricing of policies to their customers. "The computer says so" is not an acceptable answer, the regulators insist.

That might provide comfort to worried insurers. At last week's young professionals event in London, there was a consensus that their jobs would change, rather than disappear entirely.

More concerning for them is the risk that customers take matters into their own hands. The question of whether machines or humans do the underwriting is irrelevant if the clients decide that they do not need their product at all.

And AI could lead to just that as companies develop their own tools to analyse risk. "Where this will have an impact is on the amount of insurance that people buy and the type they buy," Mr Burton says. "We see this as an opportunity not just to enable insurance companies to build predictive and preventive risk models but to allow businesses to have them as well. If they can model the risk in that way, they can decide what to retain on their own balance sheets and what to transfer [to insurers]."

The use of algorithms and big data sets is cutting the number of people the insurance industry needs to employ. Chatbots are being used to take customers through applications. Data analysis and AI can spot fraud patterns quickly.

"The promise of AI is quite exciting," says Deloitte's Mr Walsh. "In underwriting, you get to a situation where you could create unique policies for each person. It is a different business model if you assess risk person by person."

This is not science fiction. Driverless cars are one example of how the trend could make a huge difference to the industry. Carmakers, software providers and insurers will collect data from autonomous cars and use it to assess how risky those vehicles are and how much insurance will be needed. The important question is which organisation has the data and the ability to analyse it, and that will not necessarily be the insurers.

"All of a sudden I can have data about risk exposure for a set of cars which is more than any single insurer would have," says Mr Daffan at Verisk.

Autonomous, a stockbroker, predicts that driverless vehicles will be so successful at reducing accidents that motor insurance premiums in the UK will drop 63 per cent between 2015 and 2060.

Autonomous cars are not the only example of where this could make a big difference to insurance buying. The internet of things, where everyday objects are connected to the web, means everybody will have access to more data about the sort of risks they face. These range from householders monitoring the chance of a leaky pipe to companies analysing their IT networks. If they can better predict problems and fix them before they occur, they can reduce the amount of insurance they need.

Mr Mitas is sceptical about how far that will stretch. "I don't think we'll have algorithms sold to insurance buyers," he says. "You need people who understand the data and the algorithms. You need experts in model building. It's not just about having the data, it is also about knowing how to use it."

In any case, say industry participants, AI will not make risks disappear entirely and people will always want to protect themselves against the unexpected. The recent global WannaCry cyber attack, for example, could boost demand for cyber insurance.

"The bespoke risks in society will never go away as there is always innovation in the economy," says Trevor Maynard, head of innovation at Lloyd's. "Providing underwriters embrace the new technology they have a very strong future."