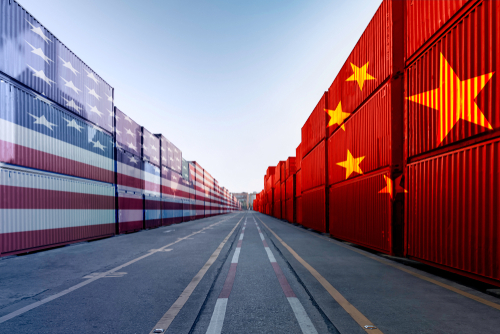 Is the Trump administration about to deliver a pre-Christmas present to China — and the markets? That is the $360bn question for investors.

During the last couple of years Washington and Beijing have waged an escalating war of words — and tariffs — as President Donald Trump has tried to reset the terms of U.S.-China trade. But on Thursday, China’s state-owned television quoted government officials saying that the U.S.-Chinese negotiators “would like to remove some of the additional tariffs in phases”.

This comes amid signs that a so-called “phase one” deal could soon be signed between Mr Trump and Xi Jinping, unwinding tariffs imposed on $360bn of Chinese imports, just before America’s crucial holiday shopping period. Unsurprisingly, this has sparked pre-seasonal market joy.

But before investors get too jubilant, they should remember two caveats. First — and most obviously — American executives know that any phase one deal is unlikely to resolve crucial questions about the future U.S.-China trade relationship. The two sides have not, for example, created a truly credible enforcement system to police intellectual property rights. China has not acceded to U.S. demands to reduce state involvement in industrial policy. And the issue of Huawei is unresolved.

“It’s just a pause [in the fight],” Mohamed El-Erian, Allianz’s chief economic adviser, told the Greenwich Forum on Wednesday, echoing the view of every American executive I have spoken to recently. Strikingly, a recent survey by Panjiva, the trade analyst, shows that two-thirds of global companies expect the trade war to be rumbling on by the U.S. presidential election in November 2020.

The second caveat is that these doubts about the “pause” mean that American companies are unlikely to halt their stealthy restructuring of supply chains. It is impossible to measure the scale of this shift with much precision, since trade data are woefully patchy. Some companies which are using China-based production to serve local customers, such as General Motors, appear to be keeping much of their Chinese production in place.

Others which are using Chinese production to serve the U.S. market are also staying put, simply because it is too difficult to shift. Brian Riley, head of Guardian Bikes, a U.S. group that uses 40 Chinese vendors to produce bikes for America, says his company cannot relocate since “there is simply not enough manufacturing capacity” elsewhere.

However, a survey earlier this year revealed that nearly 40 per cent of American companies in China plan to shift at least part of their production. This list includes Universal Electronics (maker of sensors), Go-Pro (maker of cameras), Steve Madden (fashion designer) and Hasbro (toy maker).

And the impact of this shift can be seen in the trade data: although Chinese exports to the U.S. fell last month, exports from Vietnam — a key destination for these relocation plans — jumped 21 per cent, year on year, in September. Indeed, Nomura thinks that the boost to Vietnamese growth from the diversion of China-U.S. trade is worth more than 7 per cent of its gross domestic product.

Could a trade deal affect this? Chinese officials hope so. However, it seems unlikely, given the degree to which the trade war has sparked a fundamental rethink among U.S. executives about China — and the fact that White House officials continue to privately warn American companies about the need to relocate, even amid the trade negotiations. “We all see the direction of travel,” one American CEO told me recently. “Our [China] strategy is changing.”

This rethink is sometimes delivering unexpected benefits; external shocks are sometimes a catalyst — and excuse — for changes. A recent survey by HSBC, for example, found that a quarter of global companies are mitigating the cost of the trade war by using digital technologies. That is almost certainly forcing them to accelerate innovation. Companies are using the supply chain shock to re-examine their compliance with environmental, social and governance standards (such as reducing the use of child labour, or cutting carbon emissions) — and insisting on better practices if they shift supply chains, HSBC analysts say.

But even if this adds a silver lining to the cloud of the U.S.-China trade war, nobody should forget that rethinking supply chains is a painful exercise that will be a downward drag on many American companies’ operations (and earnings) for a long time. Sadly, the cost of protectionism is now being baked into corporate plans. Investors forget that at their peril — even (or especially) as markets soar.