Equities: After a positive start to the week, the S&P 500 closed the week down 2.1% after the market reacted negatively to the FOMC meeting. This negative sentiment was driven by the fear of having higher rates for longer, which may bring the U.S. economy into a recession.

Fixed income: The North American 10yr rates closed the week down, as investors digested the new information from the central banks across the globe that signalled that they would maintain higher rates for longer.

Commodities: After a 10% loss during the previous week, the oil market recovered due to the demand from traders who bought oil at the year's lowest price. Moreover, by the end of the week, the Biden administration announced a plan to start replenishing the strategic petroleum reserve by purchasing three million barrels of crude.

No notable releases during the week.

The U.S. inflation rate slowed for the fifth consecutive month to 7.1% in November, reaching the lowest level since last December and below market expectations of 7.3%. Energy costs were up 13.1%, below October’s 17.6%. Food prices also slowed to 10.6% compared to 10.9% a month ago, and prices of used cars declined by 3.3% vs a 2% increase in October. Despite the slowdown, the inflation rate remains elevated and three times higher than the Fed target of 2%.

As expected, the Fed raised the fed funds rate by 50bps during their last meeting of 2022, bringing borrowing costs to the highest level since 2007. Policymakers stated that ongoing rate hikes within the target range would be appropriate to return inflation to the 2% target. The Fed now expects the interest rate to hit 5.1% next year, 4.1% in 2024 and 3.1% in 2025, which is higher than previously expected.

Retail sales in the U.S. declined 0.6% MoM and surprised the market to the downside as they expected -0.2%. The decline was driven by weaker-than-expected furniture, building materials and motor vehicles, which declined the most during the holiday season. The November data (including Black Friday and Cyber Monday) points to a slowdown in spending as consumers battle high inflation and interest rates.

On Friday, S&P Global released December’s Manufacturing PMI. The new survey shows that the manufacturing sector in the U.S. remains in the contractive zone, with a value that declined to 46.2 from 47.7, lower than the expected 47.8.

The Bank of England raised interest rates by 50 bps during the December meeting, making borrowing costs the highest since 2008. Commentary from officials reiterated that the labour market remains tight, and inflation and wage growth are still elevated. They suggested that elevated inflation pressures will force them to continue to tighten policy. However, their projections suggest that CPI reached its peak back in October.

The ECB raised interest rates by 50bps in their last policy meeting of 2022, which marks the fourth rate increase and takes the deposit rate to 2%. They said rates are expected to rise even further due to a revision to the inflation outlook. They expect inflation to reach 8.4% in 2022 and decrease to 6.3% in 2023.

Japan’s PMI fell to 49 in November, contracting for the first time since January 2021 as it fell from 50.7 in October. Output and new orders dropped the most over two years, and export orders fell as Covid cases had increased. Companies also reduced their buying activity, reflecting concerns over future demand.

Even though the markets expected that U.K.’s PMI would be in line with its previous reading of 46.5, the survey surprised to the downside with a value of 44.7. Goods producers mentioned that the output fell because there was a decrease in the intake of new work.

S&P Global released a manufacturing European PMI of 47.8, which was above the expectations of 47.1. Nevertheless, the manufacturing sector remains in the contractive zone for the sixth month in a row, confirming the deceleration of the European economy. 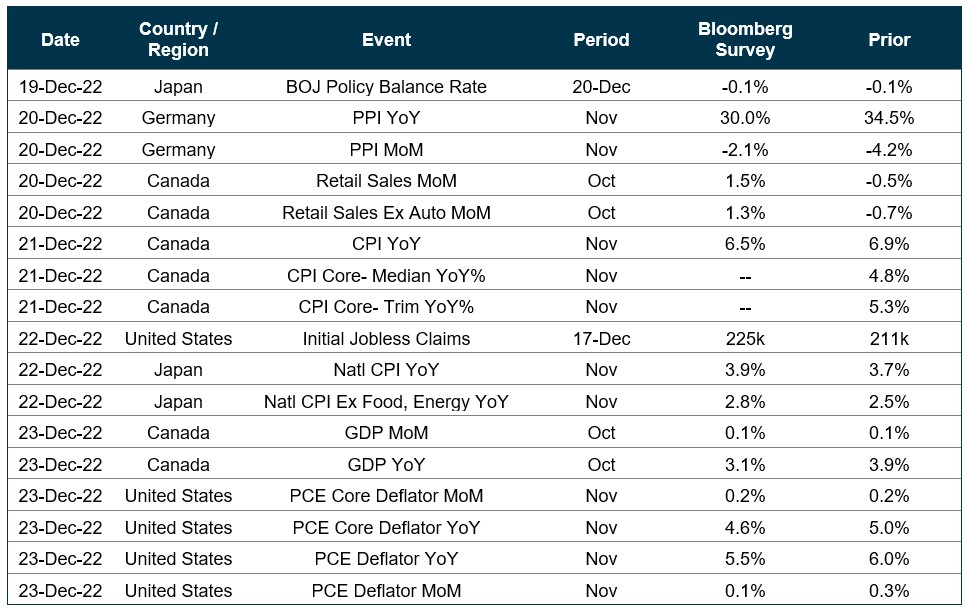